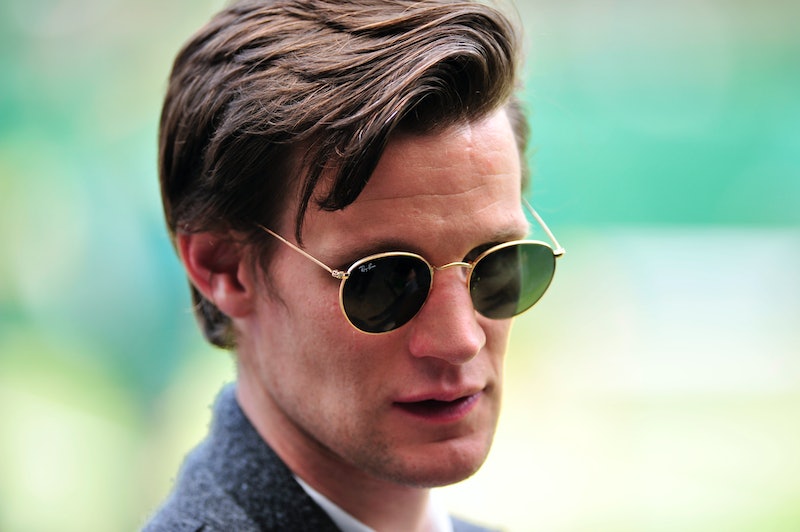 Before the release of Terminator Genisys July 1, star Matt Smith couldn't speak much about his role. “I have close interest and links to John Connor," he told Den of Geek, but it was left to our imaginations whether that meant friend or foe, ally or enemy. Even after seeing the movie, I still find his character to be pretty mysterious. He only appears on-screen for a brief amount of time, despite his enormous impact on the plot — his scenes are filled with meditations on the nature of artificial intelligence and humanity's predilection for violence. It's clear that Terminator Genisys is seeking something more impactful than a simple action flick, and Smith's character makes every moment matter. His time on-screen, both in the flesh and in hologram, shows the remarkable range of the actor and is likely to leave viewers wondering, will Matt Smith be in more movies?

He certainly has all the qualities of a movie star. Smith has the kind of features that recall peer Benedict Cumberbatch (they're perhaps equally worshiped among cult circles for their roles in their respective BBC series), and he works his distinctive appeal in roles ranging from the lovable to the eerie. The actor made his name as the Eleventh Doctor in the reboot of Doctor Who , following Christopher Eccleston and David Tennant in the role. But his appearance in Genisys heralds a television-to-film crossover his fans have long awaited. Between Terminator and the other projects he has on deck, Smith has a star-making few years ahead. Here's what he has in store:

Ryan Gosling's directorial debut Lost River premiered last year at Cannes, but it just came to wide release April 30 this year. In the drama, Smith stars alongside Saiorse Ronan and Christina Hendricks as a hardened criminal aptly named Bully. Bully is accompanied by a sidekick named Face, whose lips he cut off. The whole film's ambiance is quite surreal and it ultimately proved a polarizing choice for the festival. It earned praise from the New York Times, but also a dismal 42 percent rating on Metacritic. Take from that what you will.

Not to be confused with last year's horror flick Cabin Fever: Patient Zero, the script for Patient Zero appeared on the 2013 Black List of the best unmade films in Hollywood. Smith joins Natalie Dormer in this upcoming action-thriller, set in a global wasteland after a hyper-evolved strain of rabies has caused the human species to horribly mutate into a bloodthirsty mob (read: zombie apocalypse). Smith plays Morgan, a human survivor immune to the virus. Morgan spearheads a hunt for the virus's "patient zero" — in immunological terms, the case that starts an epidemic — in an attempt to save his wife, who has fallen ill. Smith has shown a knack for science fiction, so it's a logical casting choice and exciting for him to finally take on a starring role. Stanley Tucci and Agyness Deyn will also feature in Patient Zero, which began production a couple months ago and is scheduled for release next year.

So after he fights off one herd of zombies, Smith will tackle another with this adaptation of the 2009 novel of the same name, which is itself an adaptation of the 1813 novel of almost the same name. And the film is filled with a few other big names — David O. Russell wrote the screenplay, and Lily James, Lena Heady, and Suki Waterhouse also appear. The trailer looks to be every bit the absurd, kitschy bloodbath we'd expect.

Smith told Den of Geek that he'd reprise his role in the upcoming installments to the revamped Terminator trilogy. Based on Genisys, it'll see Skynet rebuilding itself from the ashes left behind in Sarah Connor and Kyle Reese's departure, giving Smith a much heftier role than he has in the current film.

Between films, Smith has also found time for further television — two weeks ago, Variety announced that Netflix cast him in its upcoming British political drama The Crown , playing the Duke of Ediburgh Philip Mountbatten. It's the perfect role for an actor whose first experience was on the stage (one of his most acclaimed roles to date has been as charming serial killer Patrick Bateman in the adaptation of American Psycho). So even if Genisys is the start of a big-screen career for the 32-year-old actor, there's still his work on the small screen to look forward to in the months to come.Images: Getty Images; Paramount