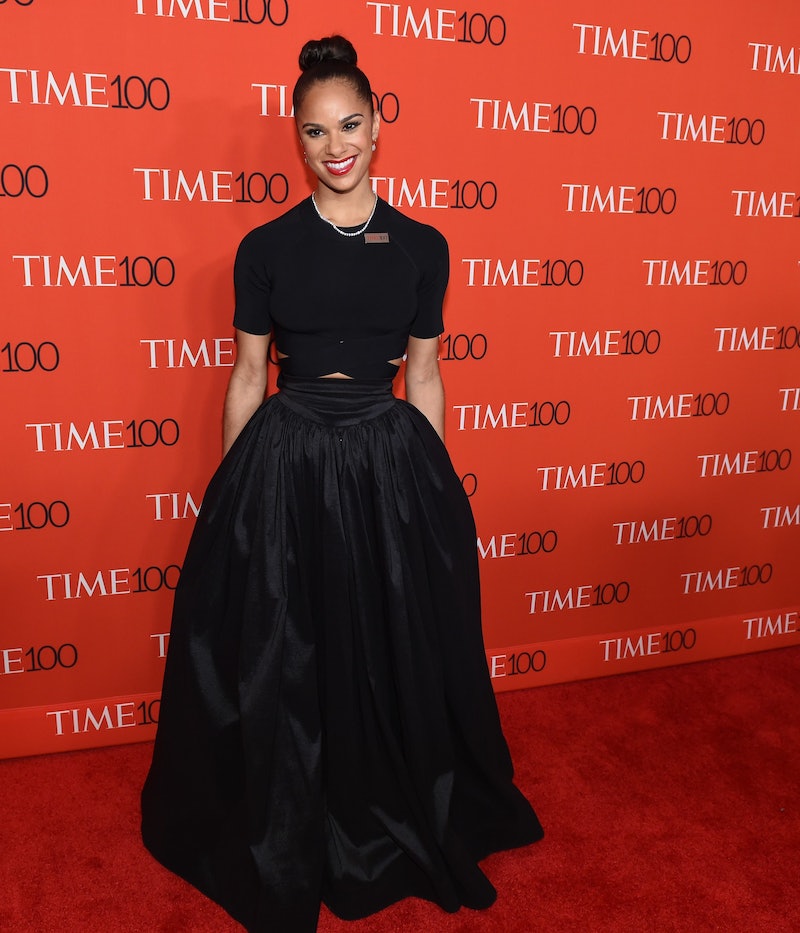 Suddenly, I feel the overwhelming need to perfect my pirouette, and not because doing so will finally give me those killer, sexy legs I've been lusting after all my life — instead, because nailing the signature ballet move will also serve as my personal congratulatory gesture to ballerina Misty Copeland, who just became the first African-American female principle ballet dancer for the American Ballet Theatre in history. Copeland’s latest record-breaking move places her in the company’s highest ranking post, adding yet another huge professional milestone to her already impressive resume.

In case you’re not familiar with Copeland, here are some important details on the utterly flawless, talented and groundbreaking ballerina. The 32-year-old started ballet training at the age of 13, and when she was 15 years old, Copeland was involved in a custody battle between her mother and her dance instructor. Six years after joining the American Ballet Theatre, in 2007, she became the company’s third African-American female soloist. Needless to say, she’s literally leapt into the spotlight, and has served as a guest judge on So You Think You Can Dance, signed an endorsement deal with Under Armour, and generally continued to be an all-around amazing success story.

Obviously, Copeland’s climb to the top is far from over — I'm pretty sure she can end up ruling the world — but I’d say she’s broken enough barriers enough times in her career to warrant a biopic, no? To date, she’s been the subject of a few documentaries, she's written a memoir about her experiences, and last year, a Copeland docuseries was announced in which she would serve as a mentor to several dancers in New York. But still, there are a several reasons why Copeland’s story needs to be told to the masses in biopic form:

She Started From the Bottom

Misty has faced numerous obstacles on her way to the top, including racism and poverty.

Her Dancing Skills Are Unrivaled

I'm no expert but that. Was. Outstanding.

She Has Pop Culture Relevancy

Copeland has collaborated with everyone from Ne-Yo to designer Rachel Roy, and she was the star of Prince's "Crimson and Clover" video.

She’s Made History A Few Times

In addition to her latest accomplishment, Copeland was the first African-American to star as Odette in Swan Lake. By the looks of things, there are surely more historic moments in her future.

She Continues To Break Free From The Mold

Copeland has thrived beautifully despite being forced to create her own blueprint to success.

She’s an Inspiration To Women, Minorities And Dancers

Because she's a professional at breaking barriers.