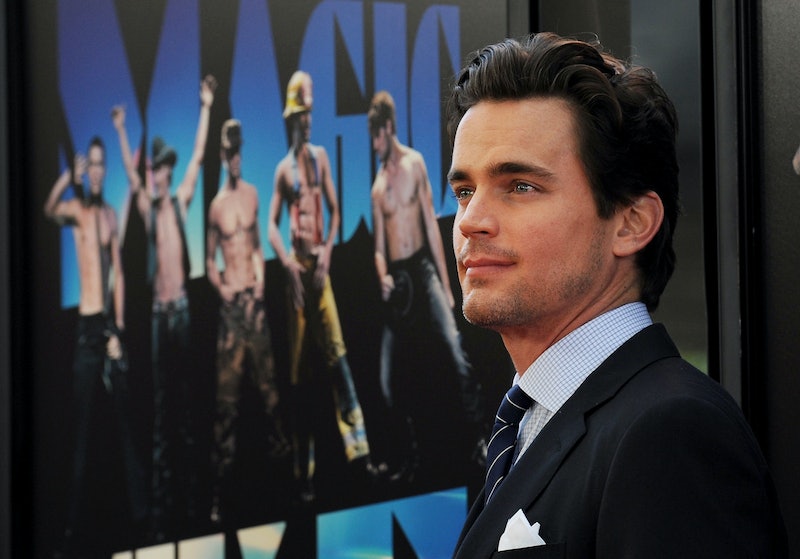 Deep breaths, everyone, because this might make you swoon: Matt Bomer covers two songs in Magic Mike XXL and I'm about 110 percent sure it will have your heart racing. Of course, with its toned gentlemen and over-the-top dance scenes, the movie already has ultimate swooning potential. But, Bomer's covers of D’Angelo’s “How Does It Feel” and Bryan Adams’ “Heaven" are guaranteed to make you weak in the knees.

"Channing [Tatum] was like 'What would get to be your dream song to get to sing?' and I was like 'Well, obviously the sexiest song of all time is "How Does It Feel" by D'Angelo, but I'm not even going to try,'" Bomer told USA Today of the covers.

As for the other track, Bomer added, "I'm just a huge Bryan Adams fan and I wanted to bring that song into that scene because it made a lot of sense to me. I figured that since [his character] Ken is an aspiring actor, he's probably tried to sing for a few things and maybe that's what was special about that song for him."

Bomer himself gave a hint that there could be a song-and-dance combo, telling Seth Meyers that "There's something about taking your clothes off at the same time that actually made it easier." Noted. I can definitely see how lyrics like "You've already got me right where you want me baby / I just wanna be your man" (as well as some considerably more explicit lines) would factor into the seductiveness of the dances.

Of course, Adams' "Heaven" has a much different feel to it. It's definitely rocking the power ballad angle, although it has its own swoon-worthy qualities. In an interview with Time, Bomer acknowledged that he serenades one of women in the film. I'm guessing this is where "Heaven" comes into play.

You can listen to a clip of Bomer's "Heaven" performance in the video above and you can watch it all go down in Magic Mike XXL, which hit theaters July 1.