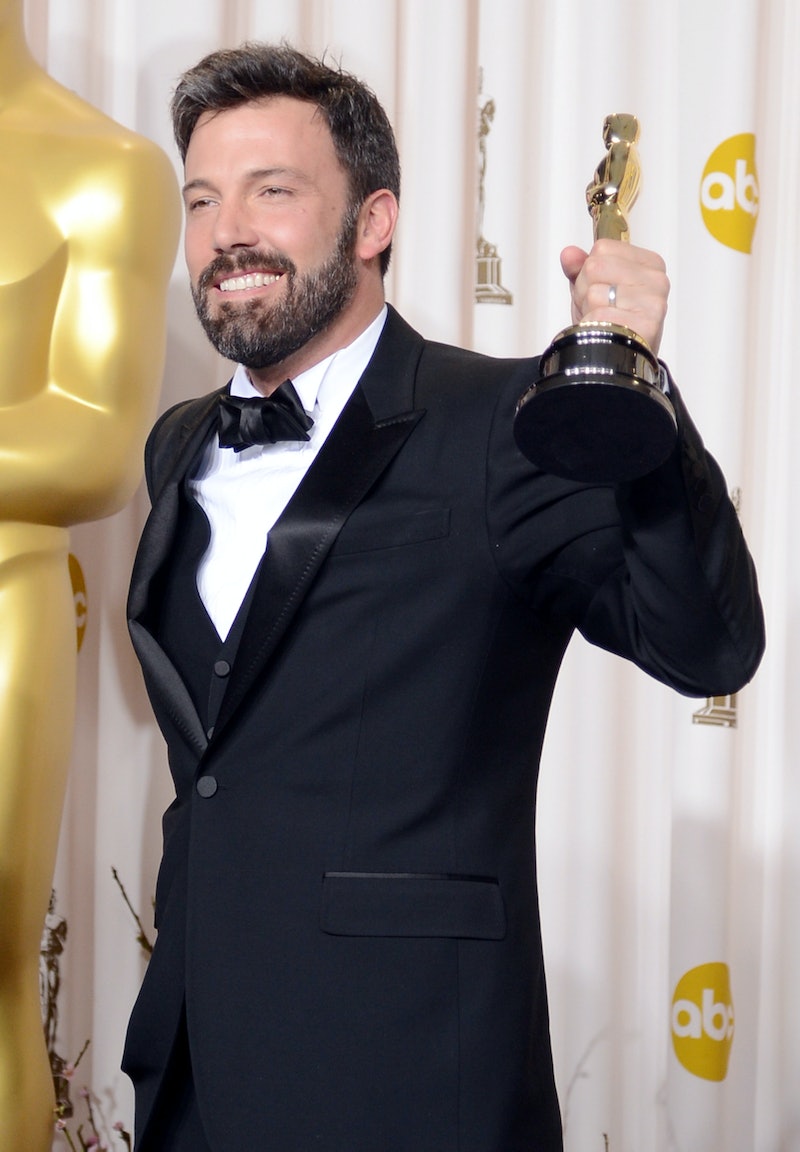 I'm just one of the many, many fans who was devastated to hear that Ben Affleck and Jennifer Garner officially called it quits on June 30. The couple confirmed the news in a sad (sort of Gwyneth Paltrow-esque) statement to TMZ : "After much thought and careful consideration, we have made the difficult decision to divorce...We go forward with love and friendship for one another and a commitment to co-parenting our children whose privacy we ask to be respected during this difficult time." So sad — is nothing sacred?! While we can only guess as to the reason behind Affleck and Garner's split, I'm also wondering about how long their problems existed. One possible clue: Affleck's 2013 Oscars speech.

As you may recall, the actor accepted the Academy Award for Best Picture, honoring his film Argo. During his speech, Affleck gave a shoutout to Garner, saying, "I want to thank my wife, who I don't normally associate with Iran [Affleck previously acknowledged the country, where Argo was set, in his speech]. I want to thank you for working on our marriage for 10 Christmases. It's good. It is work, but it's the best kind of work and there's no one I'd rather work with."

Garner, for her part, looked visibly moved by Affleck's words and laughed at his joke when cameras cut to her. However, there's no denying that Affleck emphasized the amount of "work" their relationship required. Of course, it's only fair to point out that the actor acknowledged the show's infamous speech timer and thus spoke quickly so he could thank everyone he needed to.

You can watch the slightly comfortable moment in the video below.

I can't imagine how hard this must be for the two of them. I wish both Garner and Affleck the best during this difficult time.

More like this
Jennifer Lopez Found The Perfect Ben Affleck Throwback Video For Mother’s Day
By Stephanie Topacio Long
Remember When Benedict Cumberbatch Announced His Engagement In A Newspaper Ad?
By Hugh McIntyre
Tom Cruise Gives His Honest Review Of Lady Gaga’s New Song For 'Top Gun: Maverick'
By Hugh McIntyre
When Was 'Bling Empire' Season 2 Filmed?
By Alyssa Lapid
Get Even More From Bustle — Sign Up For The Newsletter