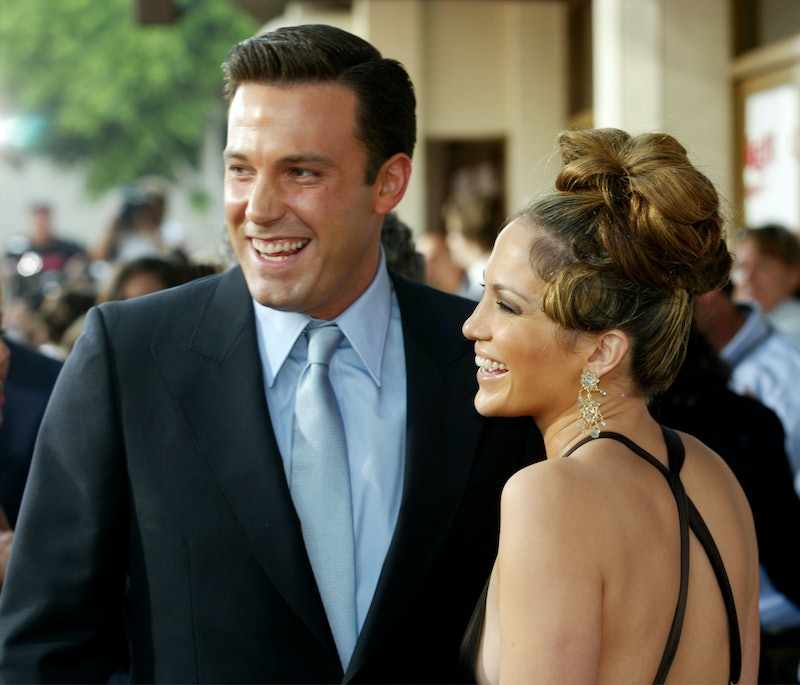 Guys. The virtual ink on the statement heard 'round the world isn't even dry yet, and already fans on Twitter want soon-to-be single Ben Affleck to start dating Jennifer Lopez (close runner-up: themselves). Does no one care that the break up between Jennifer Garner and Affleck basically rings the death knell of true love? (If they can't make it, literally no one else on this planet has a chance. If I'm wrong about this, I will be delighted, but I refuse to believe it until I see the miracle happening before my eyes.) Does no one have a heart? Does no one remember the absolute trainwreck of a movie that is Gigli? THINK, PEOPLE.

Never the less, the people continue to put those vibes out into the universe. Guys, this is same universe that Amy Schumer told us could bring an apricot pug to Abbi from Broad City: Are we sure want to tempt fate this soon? Can't we hang onto the naive notion that Ben and Jenn (G.) could repair their love and restore the order in the world? Can we at least wait until tomorrow before we give up hope?

Says Twitter: Nope. Affleck is "single and ready to mingle" according to the opportunistic people of the internet. And so is everyone else, apparently. (The word is still out on J. Lo, though.)

There were people who were really, really raring to go:

There were those who weren't sure you got why they were so excited, but dammit they were gonna tell you:

Some folks have a really specific plan in place:

Some are just feeling very, um, strongly about this situation:

There were those who were unsure, but saw the potential:

The ladies who knew they weren't the only ones into the Baffleck:

One person though the celebrity couple tragedy of the century was her own fortuitous moment:

And the one person who understands none of these folks:

And literally the only person in the entire universe who saw Gigli and thought "You know what? I could watch this again":

Just kidding. This person is totally being sarcastic. Thank God.