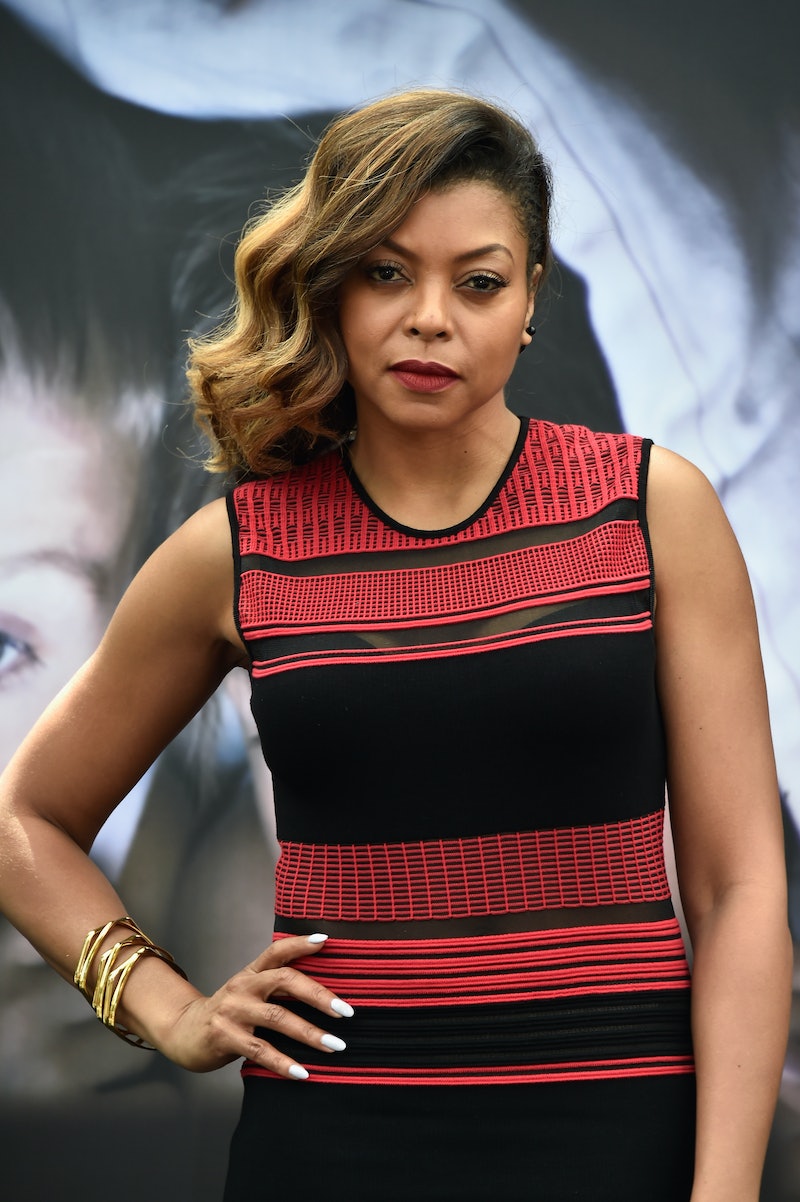 If there was one person we didn't expect to hop on the pastel hair trend, it's this gal. Yet, the mermaid-esque tresses are too cool to resist. Taraji P. Henson dyed her hair purple, and we are loving the new take on the trend.

Henson showed off her style on Instagram this past week. It's electric purple at the crown, fading into gray at the tips of her locks. Basically, it's one badass look that combines every great hair coloring trend of 2015. Her hairstylist, Marcia Hamilton, dished that the star had her eye on the trend for awhile.

“Taraji was inspired by my hair color posts on Instagram, as well as the gray movement and was dying to try the look for herself,” she tells PEOPLE. “I advised that we add tones of purple and lavender to break it up and compliment her undertones as well as her personal style.”

Yet, there's no reason to get too excited about the change. Turns out, it's just a wig! Ah, change without commitment. My favorite.

“When I did the first color I sent her a pic — I think she was out of the country,” Hamilton says. “She responded ‘More purple.’ So I went back to drawing board to recreate. Once done I gave it to her. But she had many shoots scheduled and had to wait to play with our new look. I posted both before and after colors on my Instagram!”

A wig is a solid move - Henson's hair can stay healthy while she continues to hit the red carpet for Empire appearances.

“She loves this new look and I know she’s having fun!” Hamilton tells PEOPLE. ”She’s actually an undercover beautician and I just love that about her because she gets it. Knowing Taraji, she will be moving into a different look soon so I’m excited for the next challenge!”

Hamilton is totally right about that! It was just last month that Henson was channeling Janet Jackson with big blonde curls.

And just a few days ago, she was rocking a short, sleek lob.

We honestly can't wait to see what hairdo this Empire star will rock next.