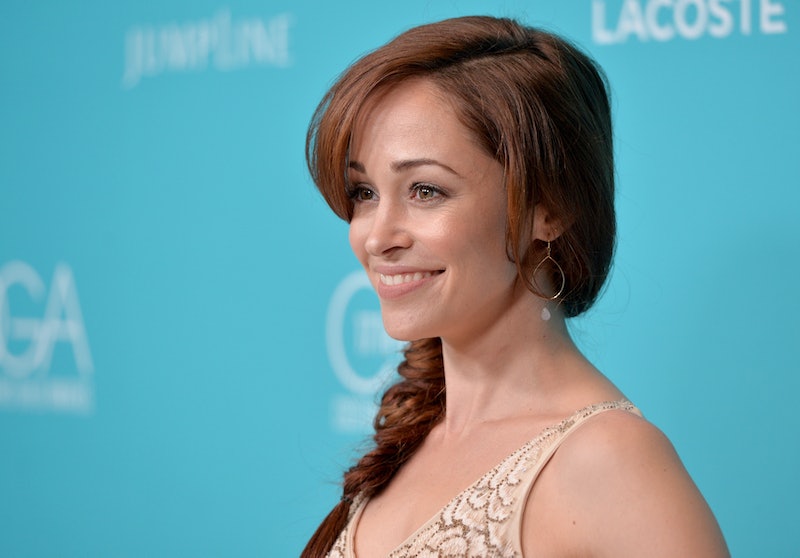 If you're anything like me and spent the majority of your teen years obsessed with The O.C., big news — not only is that previously reported unauthorized The O.C. musical totally happening, but it's going forward with support from one of the show's original stars. According to Us Weekly, original series cast member Autumn Reeser, has joined The O.C. musical. That's right — Taylor Townsend herself! Just, one thing: Reeser won't be portraying Taylor, but instead, Cooper family matriarch Julie Cooper.

In other words: The annoying-yet-endearing Taylor Townsend grew up be Julie freakin' Cooper, Newport Beach cougar and all-around boss. (If you're anything like me, than you also just ran around the room screaming.) To make matters even more phenomenal, Step By Step's Christine Lakin joined the cast as Kirsten Cohen. It's so many levels of nostalgia and reunion that I almost cannot.

Sadly, many members of the cast have not signed on to the musical. (That's not too surprising, seeing as they're all so busy.) However, I can't ignore the possibility of what would happen if the original residents of The O.C. joined the play as different characters. After all, it is rumored to be a spoof, which means that pretty much anything is game. On that note, I present to you my dream casting choices.

It takes a whole lotta sass to be Marissa Cooper. Thankfully, Holland's got some good practice in as Kaitlin.

It would be nice to see the guy who played baddest boy of The O.C. play a good guy for once.

I personally loved to hate Oliver, so seeing Handley play Jimmy Cooper would like opposite day — and I love the thought of it.

Okay, I just want Olivia Wilde back in any capacity, but Ryan's mom isn't a bad role.