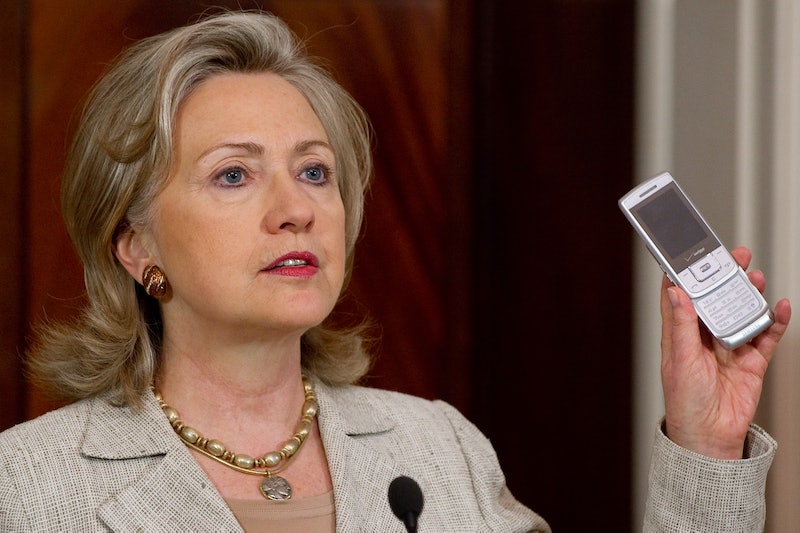 Even though a State Department official admitted it was a little like turning in your homework the night it was due, the State Department on Tuesday released a second batch of emails from Hillary Clinton’s private server. The new batch is about 3,000 pages and fall between March and December 2009, two years before the attack on the U.S. consulate in Benghazi, Libya that killed ambassador Christopher Stevens and three other Americans. Here's how to read Hillary Clinton's emails from the second round released Tuesday as well as from the batch of about 850 pages of emails released in May.

You can browse through Clinton's emails on FOIA's website here. The previous email release showed Clinton received sensitive but unclassified information concerning Benghazi, but did not particularly reveal any new information that wasn't disclosed before. Clinton has faced criticism for having a private email server. A hearing on whether her office received information about the attacks before they occurred has been postponed pending the release of the 55,000 pages of 30,000 emails.

In addition to the State Department's FOIA reading room, which did not seem to be suffering the same slowdowns Tuesday as it did during the first release, the The Guardian has a live blog with updates as they read through the documents. According to The Guardian, a first look at the emails showed correspondence between Clinton and her aides, including Huma Abedin and Cheryl Mills. Oh, and a request for a beverage:

There's also some debate about possible "twittering" being done in Clinton's name on the State Department Twitter account, which was apparently frowned upon.

If you're interested in finding information showing there was some advance warning about the Benghazi attacks (which would not happen for two more years from the time of these emails), this batch will disappoint. Only nine emails from the second batch posted June 29 turned up in a search for "Libya" and none in a search for "Benghazi." But it is very much worth your while to check out a patient aide's attempts to coach Clinton through how to receive a fax, via a string of email instructions. Fax machines, so 2009.