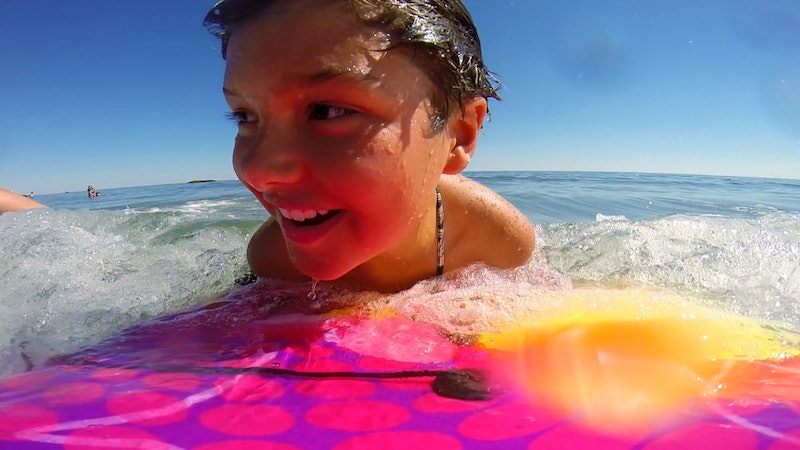 By now most of the world knows Caitlyn Jenner’s story. But, there’s a big difference between transitioning at age 65 and doing so as a child. That’s what Frontline’s Growing Up Trans highlighted on Tuesday: The struggles transgender children face. As one of the doctors on the show pointed out, it's relatively new territory for the medical field dealing with this issue in prepubescent children, instead of just in adults.

Though transgender people have likely existed for as long as people have existed, increased awareness has made it possible for even young children and their parents to feel comfortable asking questions and beginning treatment. These children growing up are shaping the treatment methods and shaping the landscape for acceptance. Even 10 years ago, not a lot of cisgender people knew or understood what being transgender meant. There is still a lot of hate in the world, but the tide is changing, and support comes through learning more about the issues.

That’s why Frontline’s special was so important. It told the story through a lens not often seen. Society now knows Laverne Cox, Caitlyn Jenner, and other stories of adults' experiences as trans men and women. But, there are countless children out there struggling with their gender identity, and the world for them is very different. These kids are facing puberty, which is especially difficult for transgender kids, as their bodies are starting to develop into fully formed versions of the biological sex with which they don't identify. Then there are years like middle school and high school to face. Those are tough years for any kid, let alone someone dealing with the issues these children are.

Growing Up Trans highlighted several children of varying ages and let us in on their lives. Each story was so unique, but at the heart of them all was a desire to be accepted for who they are. Thirteen-year-old Ariel teared up remembering how her grandmother wrote down the names she was going by on her calendar so she would remember what to call her. “It just made me think she cares about me so much … that she writes on her calendar who I am each day,” she said.

Then there was 13-year-old Alex whose friends call him “it,” but he goes along with it because he was struggling to not lose any more people in his life. “I don’t really like it, but I can handle it. I have a minimum amount of friends, so I want to keep the friends I have,” he said.

It’s honestly heartbreaking to hear these kids get excited over the prospect of simply developing an adam’s apple, or buying a bra. These are people who just want to be themselves and be loved. Of course, not all of their parents were accepting. Some parents Frontline interviewed said they were concerned about the medications, which not only cost thousands of dollars, but haven't been researched heavily for the effects on children. That’s totally valid, and I think increased research in these areas is really important so everyone is fully informed of the affects. Still, though, other parents said they were were having a hard time letting go of the idea of the gender their children were assigned at birth. “I feel like I’ve been robbed; my daughter’s gone,” said one father.

If nothing else, Growing Up Trans really showed the difference between generations when it comes to understanding transgender people. But, for every parent that was wary, the special delivered another who stood by their transgender child. The only way this topic is going to be understood, or at the very least be accepted, is from increased awareness. As Kim Kardashian said, it’s not that we need to understand — to truly get what these people are going through without experiencing it ourselves is nearly impossible — but we can support them and strive to help them be happy.

Shows like Growing Up Trans are instrumental in showing that every transgender person has a different story, but at the end of the day they just want to be loved for who they are. And, so, we at least owe them our love and respect.