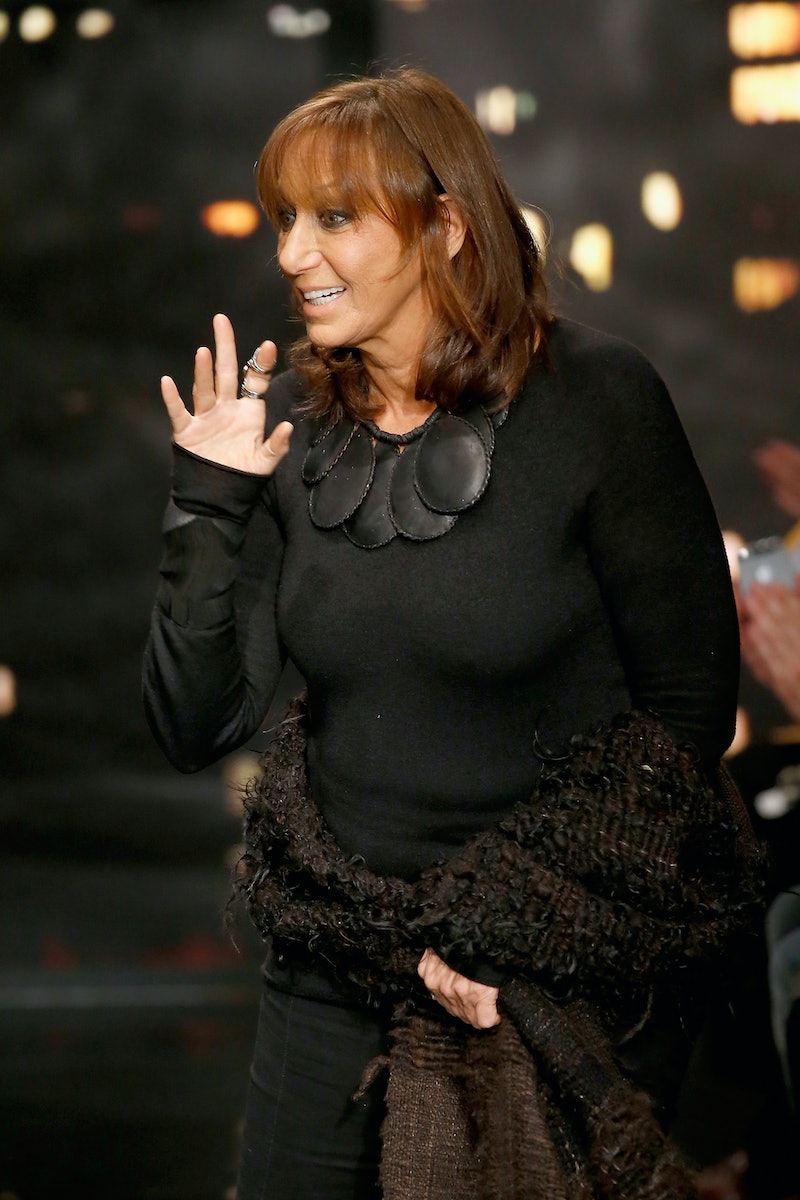 It's the end of an era. Designer Donna Karan is stepping down from her namesake brand to focus on other endeavors. The company she leaves behind is making some pretty significant changes. While Karan will not be involved in shepherding the new era, her legacy will certainly live on.

Karan can step down from her post and move on with her head held extremely high, since she has spent her career creating so many beautiful clothes. Her work was no flash in the pan, nor was it trendy. What Karan did was timeless.

Many of her fans love her sportier DKNY brand and the plan is to focus on that more accessible arm of the company. So that's good news for the Donna Karan customer.

That said, I was always struck by the gorgeous gowns that starlets and celebs have worn on the red carpet. Whether the dresses were soft or strong, they were always feminine. They also fit well and left quite an impression with details.

In honor of Karan's legacy, let's have a look back at some of her biggest red carpet wins and some of the most memorable gowns in very recent memory, shall we?

Get ready to be wowed over and over again. These are 10 unforgettable frocks from the mind, hands, and aesthetic of the one and only Donna Karan.

The Game of Thrones star wore a caped black and blue column gown that wrapped around her in a simple but stunning silhouette in 2015.

At 77, actress Jane Fonda was a total fox in this long sleeved, slinky, and sequined black dress. While something so dark and so covered up, especially with that high neckline, might seem like a fashion snoozefest, Fonda sparkled. The fabric mimicked leather. Hawt!

Rita Ora made a splash at the 2015 Vanity Fair Oscar Party in this black column gown, which was sheer and see-through from the back and side.

The singer and actress donned a sexy, ruby red Donna Karan Atelier silk gown that showed a lot of thigh to the 2014 VMAs. What a scorcher.

The Twilight star wore this nude and fluffy Donna Karan Atelier gown to one of the saga's premiere. It was so airy and ethereal. Greene looked like a princess.

The Masters of Sex star, who will always be Mean Girls' Janis Ian to me, utterly stunned in a blush, satin, and one-shouldered Donna Karan Atelier gown at the 2015 Met Gala. Thanks to its ruching, beading, and loose construction, Caplan looked angelic. This is how you do subtle fashion drama!

It's not a gown. It's a jumpsuit x dress hybrid, and it's what the German actress wore to the 2015 Vanity Fair Oscar Party. The scarlet color and the mashup construction made it a head-turner. So fashion-forward.

I don't know what I love more — the flowing skirt or that criss-crossed bodice. The Shameless beauty wore this Donna Karan Atelier in 2015. Blown away. That's how I felt about the strappy, corset-like top.

Mrs. Matthew McConaughey poured her curvy frame into a rich, royal purple, and strapless number from Donna Karan Atelier. The train added extra oomph, but it was all about dat color.

Yes, Sofia Vergara is red hot. Yes, she could set off multiple alarms wearing a paper bag. But her crimson Donna Karan Atelier gown looked painted on, beautifully so. It was pretty simple, with its straight skirt. The peek-a-boo midsection was where it was at!

There! You have been totally wowed by Donna Karan Atelier gowns and the designer's red carpet wins.