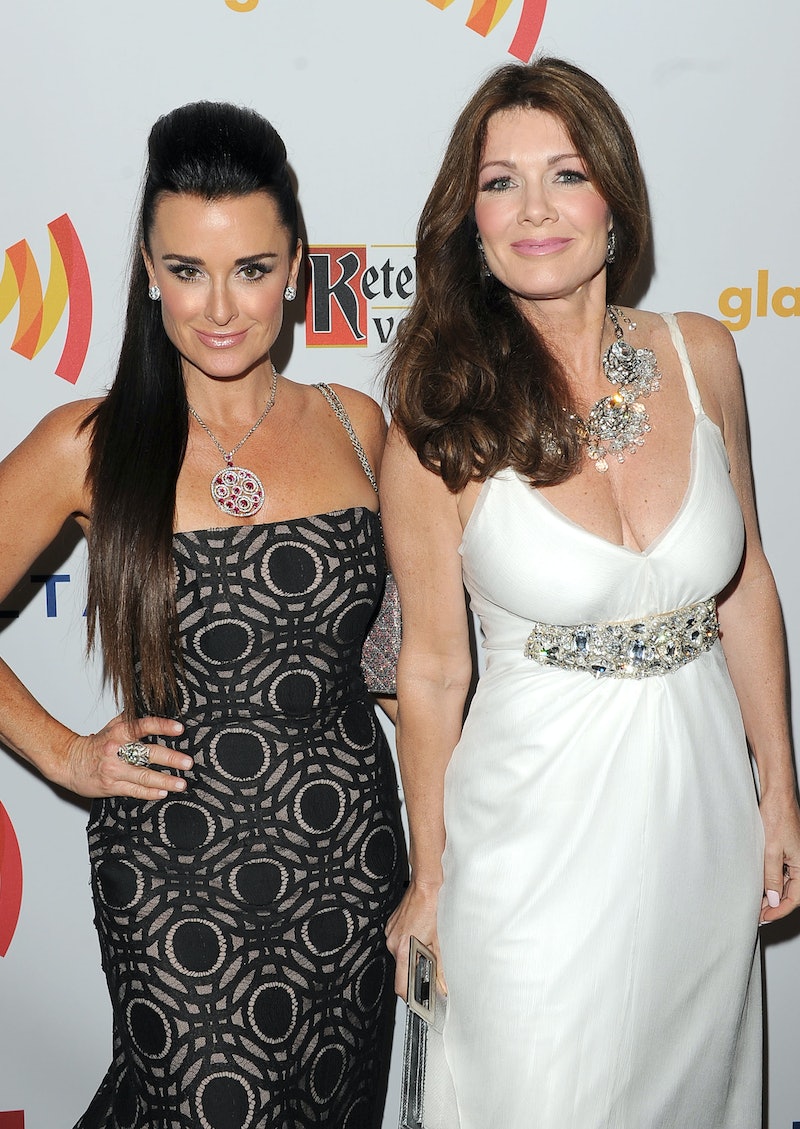 A few of life's certainties: Death. Taxes. When it rains in Los Angeles, everyone will drive like a maniac. And a Real Housewives Twitter feud is the greatest type of Twitter feud. The latest Housewives in the ring: Lisa Vanderpump and Kyle Richards of The Real Housewives of Beverly Hills. The mayhem went down Monday night when a RHOBH fan tweeted while watching the show. You know, like fans do. Vanderpump retweeted said fan's tweet. Richards reacted.

Some context: Vanderpump was on Dancing With the Stars. She fainted during a DWTS episode. The Housewives watched the DWTS episode. The Sisters Richards decided the faint was fake. How did they "decide" this? Oh, right. By cackling and imitating Vanderpump's fall. Crimeny.

A few days (?) later, a few of the Housewives discussed "faintgate" while limo-ing over to Carlton Gebbia's house. Kyle Richards, Kim Richards, and Brandi Glanville all laughed about the faint. Glanville joined the Sisters Richards on "Team Fake-Faint." The "laughing about the faint in a limo" RHOBH episode aired Monday. The following tweets were inspired by the episode.

Vanderpump posted the following before she retweeted the tweet that launched one thousand tweets:

I am obsessed with this tweet. Is it a subtle dig at the masses? "I normally wouldn't bother RTing your garbage tweets, you peons. But tonight… tonight is different."

Here's what prompted Vanderpump to break her "no RT" rule:

1) I adore Brandi Glanville, but I have to agree with Real Housebear. Glanville shouldn't mock Vanderpump's faint on Dancing With the Stars with the Sisters Richards. Pull it together, Glanville! Know your alliances.2) As for calling Kyle fat? Why? WHY? Why.

This fan is wrong. Don't you ever tell Glanville to stop doing her "British" accent. Her British accent is magical and pure.

Poor Vanderpump. She just wanted to dance. Faintgate dashed all of her dreams.