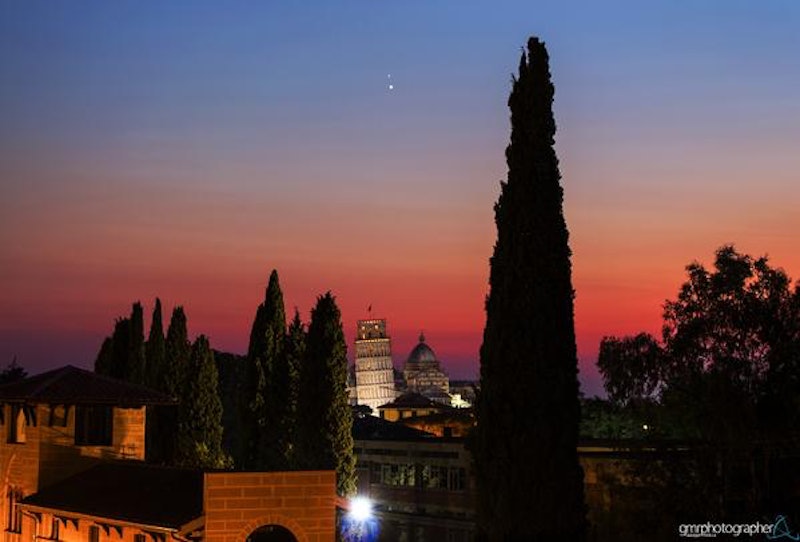 Stargazers all over the world were treated to a beautiful sight in the western sky on Tuesday night. Jupiter and Venus came close together, appearing just a fraction of a degree apart. Ever since the start of June, the two planets have been gradually approaching each other, like two seductive but coy dance partners, to form what is called, in astronomy terms, a conjunction. Though conjunctions are not exactly rare occurrences, the unusually close proximity and the unparallelled brightness of the two planets still made it an extraordinary sight. If you missed seeing the spectacle with your own eyes, you can still marvel at Jupiter and Venus's dance in some stunning photos.

Earlier this month, NASA issued a release on the ongoing conjunction, providing a timeline and description of the phenomenon at each stage. The most spectacular stage, however, is the culmination of the planet's movements through the month.

Throughout the month of June 2015, the two brightest planets in the night sky, Venus and Jupiter, are going to converge for a jaw-dropping close encounter.The main event occurs on June 30th. On that night, Venus and Jupiter will be a jaw-dropping 1/3rd of a degree apart. That's less than the diameter of a full Moon. You'll be able to hide the pair not just behind the palm of your outstretched hand, but behind your little pinky finger.

Many astronomy enthusiasts took the opportunity to capture the gorgeous planetary dance, and the results are indeed jaw-dropping.