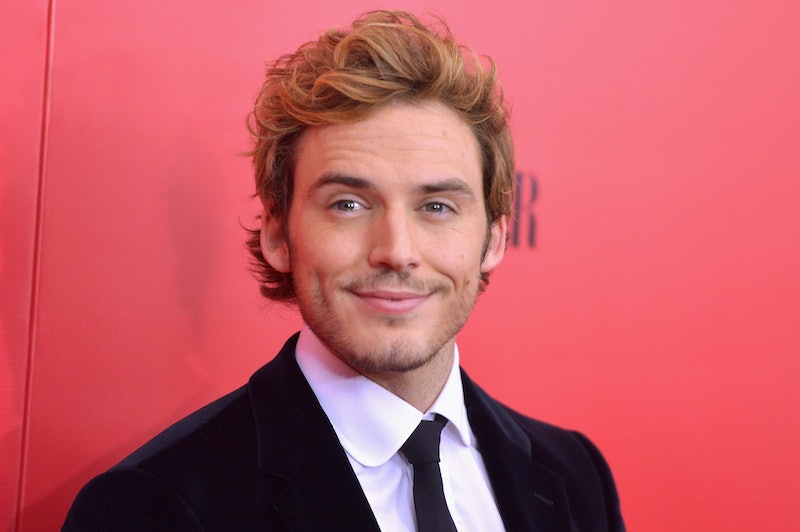 Ever wonder what kind of skivvies Finnick was rocking under that wetsuit? Wonder no more! Sam Claflin talked his Catching Fire thong with Chelsea Handler last night, and it was the most entertaining we've seen Claflin be so far in a press tour that is (predictably and fairly) dominated by Jennifer Lawrence. If you'll remember correctly, the Catching Fire cast has discussed their underwear-related adventures before, and the thongs were quickly abandoned for briefs and/or just going commando in their wetsuits. Also peeing in the ocean. But Claflin still had to wear his thong for four days of shooting as Finnick — up to you to decide if he brought the thong home with him at the end of the day — and he describes the experience in detail.

"I just remember walking into the costume trailer for the fitting, and it was hanging up. And I was just like 'What is that? — What is that?! That is a poor excuse for a bit of underwear'" the actor said. He then went on to talk about filming with his 70-year-old co-star (Lynn Cohen, who plays Mags) and the...awkwardness said thong contributed to.

"I was sitting with my leg propped up next to her, and I definitely felt pop-age. And the whole time I was just thinking 'God, she's just staring right at it,' and I kept sort of trying to shuf—and then I decided I could not go on with the thong anymore."

You can see the full clip below.