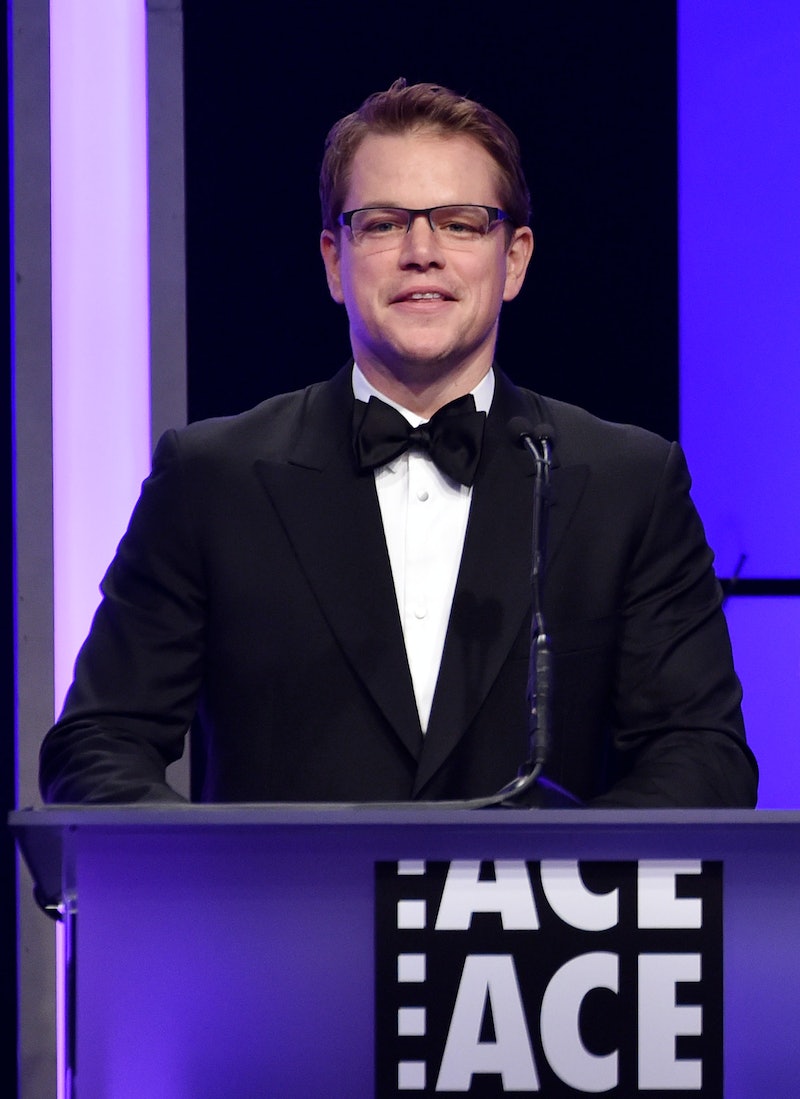 If you thought shocking hair transformations were exclusive to only female Hollywood celebrities, you thought wrong. Matt Damon debuted a new ponytail on Thursday during a press conference in Beijing for his upcoming film The Great Wall, and to be honest, it looks pretty badass. While I totally dig these newly long tresses, I can't help but wonder — how the hell did he grow his hair out so fast?! Is it just me, or did does it seem like he magically sprouted it overnight? Whatever his secret is, I need to know it immediately.

This sleek new style is giving the man-bun a serious run for its money. But who would have thought that Damon would be the trendsetter for the new scruffy look? He is pretty much the very epitome of clean cut, right?

Speculations over the new 'do began this morning, with tons of fans left confused as to how no one took note of this sudden metamorphosis. I swear he had a buzz cut, like yesterday. The only logical explanation has got to be that he is pulling a Kim Kardashian and has been hiding his new mane under a series of hats. Come to think of it, I have been seeing him rocking a lot of hats lately.

If you haven't seen the pony tail yet, prepare to be amazed.

Here are photos of Matt rocking multiple hats, proving he has been hiding that ponytail for a very long time.

The actor was spotted in L.A. a couple of months ago donning a wool hat that covers his entire head. Is it possible a ponytail is hiding under there? I think so.

See how this baseball cap is kind of ill-fitting aka, really loose? He is obviously hiding some wavy locks under there.

This hat looks like it has got a lot of room to stretch out, if you know what I mean.

Welp, it looks like he fooled us with all that ill-fitting headgear!