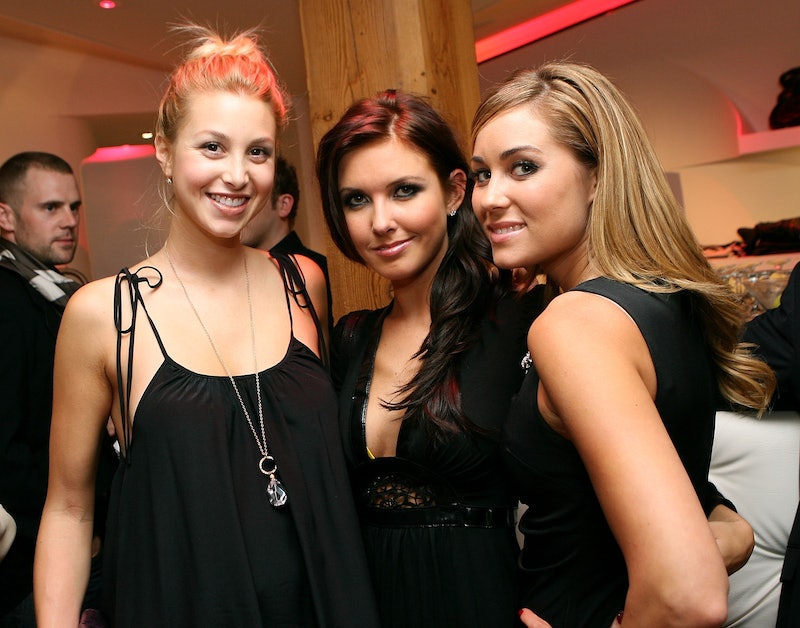 “We should go to every single place that was on The Hills,” my best friend told me via text message one afternoon. "Les Deux is a must." She would be visiting me in Los Angeles the next week, so we'd been text-planning her trip. The Hills tour suggestion was a joke (OK, it was a half-joke), but had this been a serious request, she would’ve been almost as out of luck as Lauren Conrad when she chose Jason Wahler over a work trip to Paris (it's not the most airtight simile ever, but it stays). The show premiered only nine years ago, but the Hollywood club landscape depicted on The Hills is not the same in 2015; a lot of the restaurants and bars featured on the MTV "reality" show have since shuttered their doors for good.

My friend and I didn't attempt to hit any of The Hills hotspots while she was in town, but her text piqued my curiosity. I began to wonder what became of some of the most memorable establishments that appeared on the show. Some of them have to still be around, right?

I drew up a list of bars and restaurants, fired up Yelp, and got to researchin'. Here's what I found:

If my memory serves me correctly, the cast went to Les Deux literally every night. Even if the cast wasn't in town, they somehow managed to end every single evening at the Hollywood nightclub. I do not know how they did it. I assume magic was involved.

Anyway, this was where "YOU KNOW WHAT YOU DID" happened, so it's basically the most important place that's ever been on a reality television program.IS IT STILL AROUND? After being the life of the party for four years, Les Deux closed in 2010. Sadie Kitchen and Lounge now calls the space its home.

In the series premiere, LC, Audrina, Heidi, and a trio of dudes went to Geisha House for dinner. Aw, MEMORIES.IS IT STILL AROUND? Not unlike Lauren and Heidi's friendship, Geisha House is O-V-E-R. In 2013, the sushi restaurant closed.

In Season 4, Stephanie and Doug attempt to go on a secret date at Beso, but their spot is promptly blown up by Linda Thompson, Brody Jenner’s mom. Fun snippet of trivia: Linda was at dinner with future Beverly Hills Housewife Taylor Armstrong.IS IT STILL AROUND? Beso, one of my favorite reality TV locations, is still going strong.

Remember the epic LC/Jason vs. Heidi/Spencer fight that took place at a very red restaurant? If not, do not fret. The Internet has saved the day:

PASSIVE AGGRESSIVE SHIRLEY TEMPLES FOR EVERYONE!IS IT STILL AROUND? Ketchup's West Hollywood location closed for remodeling in 2011 and has yet to reopen.

Ah, XIV. The tequila-soaked cocktail straw that broke Heidi's job at Bolthouse Productions. IS IT STILL AROUND? Nope. The SBE restaurant called it a day in 2011. In 2014, Hyde Sunset: Kitchen & Cocktails opened in its place.

This is the bar where Stacie the Bartender tended bar.IS IT STILL AROUND? Yup. The Dime is one of the several great watering holes that call Fairfax Ave. home.

This was Heidi and Spencer’s favorite spot. IS IT STILL AROUND? If you want to recreate your favorite Speidi moments or eat the steak dish named after Mr. Pratt, you’re in luck! Don Antonio’s is still very much around.

Goodnight you princes of Hollywood Blvd., you kings of Sunset Blvd.

More like this
'The Catch' Revisits A Famed Irish Filming Spot From 'The Tudors'
By Darshita Goyal
A Guide To All Of Zach Shallcross' 'Bachelor' Filming Locations
By Brad Witter
Airris From 'MAFS' Says He Doesn’t Regret Going To Decision Day With Jasmine
By Brad Witter
'RHOSLC’s Heather & Whitney Are Still On A “Friendship Break” After Season 3 Reunion
By Jake Viswanath
Get Even More From Bustle — Sign Up For The Newsletter
From hair trends to relationship advice, our daily newsletter has everything you need to sound like a person who’s on TikTok, even if you aren’t.