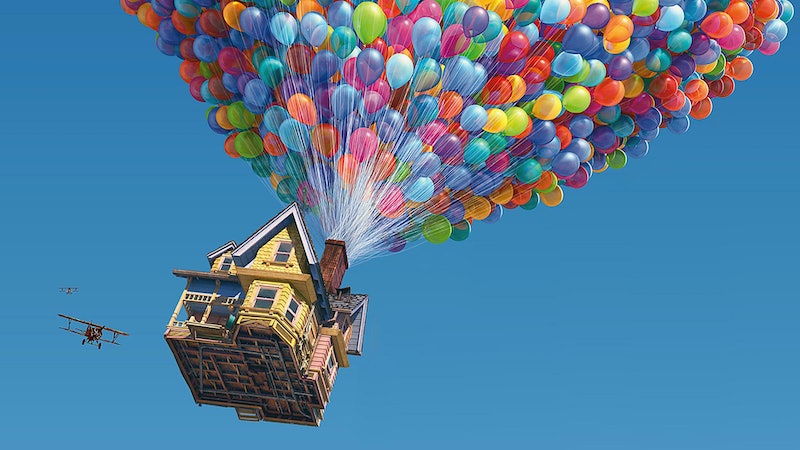 I'm going to start out by saying I'm sorry. I'm sorry that I have to take you down this path that is the most tear-inducing moments in Pixar movie history. But, in honor of Inside Out and the (lame joke ahead) emotional roller coaster it put everyone through, I think it's time to revisit some of the most tear inducing moments from everyone's favorite 3D films.

It won't be easy. Unlike the movies themselves, I will tell you, right off the bat, that we're going to start out easy and then move on to the hardcore stuff. I will understand completely if you need to take a break between points. I will also understand if you need to keep a box (or two, or six) of tissues by your side. Because, while Disney has always been known for putting out children's movies with the occasional parental death and what-have-you, Pixar has refined that formula and made it into psychological torture that spurs veritable WATERFALLS from your eye sockets.

To say the least. I love these movies.

So breathe. Breathe again. You ready? Ok. These are the Pixar movie moments that inspired all your waterfall tearz.

8. When Jessie Sings About How She Was Abandoned By Her Owner (Toy Story 2)

The Toy Story trilogy addresses the burgeoning issue that, yeah, kids outgrow their toys eventually. And while the original film had more to do with favoritism, the sequel was the first to bring up a focus on toy mortality. Yes, it SOUNDS ridiculous, but when you see it illustrated through Jessie's song about her original owner Emily, you really FEEL it.

She also seems to have some sort of mild PTSD about it.

7. When It Seems As If Wall-E Has Been Momentarily Brainwashed Of All The Things That Make Him Him (Wall-E)

Basically all of Wall-E has an air of depression (I mean, Earth is a gigantic landfill in this movie) but the end where he gets reprogrammed into a mindless trash compacter? When he doesn't recognize Eve OR Hello Dolly? I. Am. Done. Luckily the POWER OF LOVE is enough to restore his memory... and keep viewers from flying into hysterics.

6. When, I Don't Know, Almost All Of Marlin's Babies And Wife Die? (Finding Nemo)

Again, Pixar really takes Disney tropes to the next level.

5. When Sully Has To Say Goodbye To Boo... Forever (Monster's Inc.)

He hugs her with the deepest sadness in his eyes, and you wonder why the world is such a cruel and unjust place while tears STREAM down your face. BUT THEN, later on, it's revealed Mike puts together almost every piece of the door, and Sully has the last piece, and you just like "Kitty!" and I'M NOT CRYING, YOU'RE CRYING.

4. When It Sincerely Looks Like Woody, Buzz, And EVERYONE Is Going To Due (Toy Story 3)

I can't even find an embeddable video because the Internet REALIZES how deeply traumatizing it was for an entire generation to watch an attempted murder of their childhood in SLOW MOTION.

3. When Andy Brings His Toys To Bonnie, And He's RELUCTANT About Giving Away Woody... And Then He Gives That Speech (Toy Story 3)

You know, the one where he's like, "Wait, I'm going to COLLEGE," and even though he gave proper eulogies to all the toys that definitely made you cry, this speech... this speech... it's just, he had a friend in him. HE HAD A FRIEND IN HIM.

2. AND THEN, ANDY PLAYS WITH THEM ONE LAST TIME AND SAYS GOOD BYE TO THEM AND BONNIE MAKES WOODY WAVE, OH MY GOD, THIS ENTIRE MOVIE (Toy Story 3)

1. When Carl And Ellie Meet And Get Married And Grow Old Together And THEN SHE DIES (Up)

The reason Toy Story 3 was so stirring is because teenagers and 20-somethings alike had made a decade and a half commitment to those characters. But Up did something remarkable by guiding viewers, quickly, through the lives of two lovable characters we had never met before — and then sucker-punching us in the emotions until we were gasping for breathe and bawling. No one is emotionally prepared for the devastation of Ellie's infertility (in a CHILDREN'S film, you guys) and her eventual death, leaving Carl a heartbroken, miserable old soul. The fact that this montage is SILENT only makes it a thousand times more powerful.

(If you're wondering why I'm able to calmly write about it, it's because I accidentally caught a glimpse of them painting the nursery in the video, and cried hysterically for 15 minutes before typing this out.)