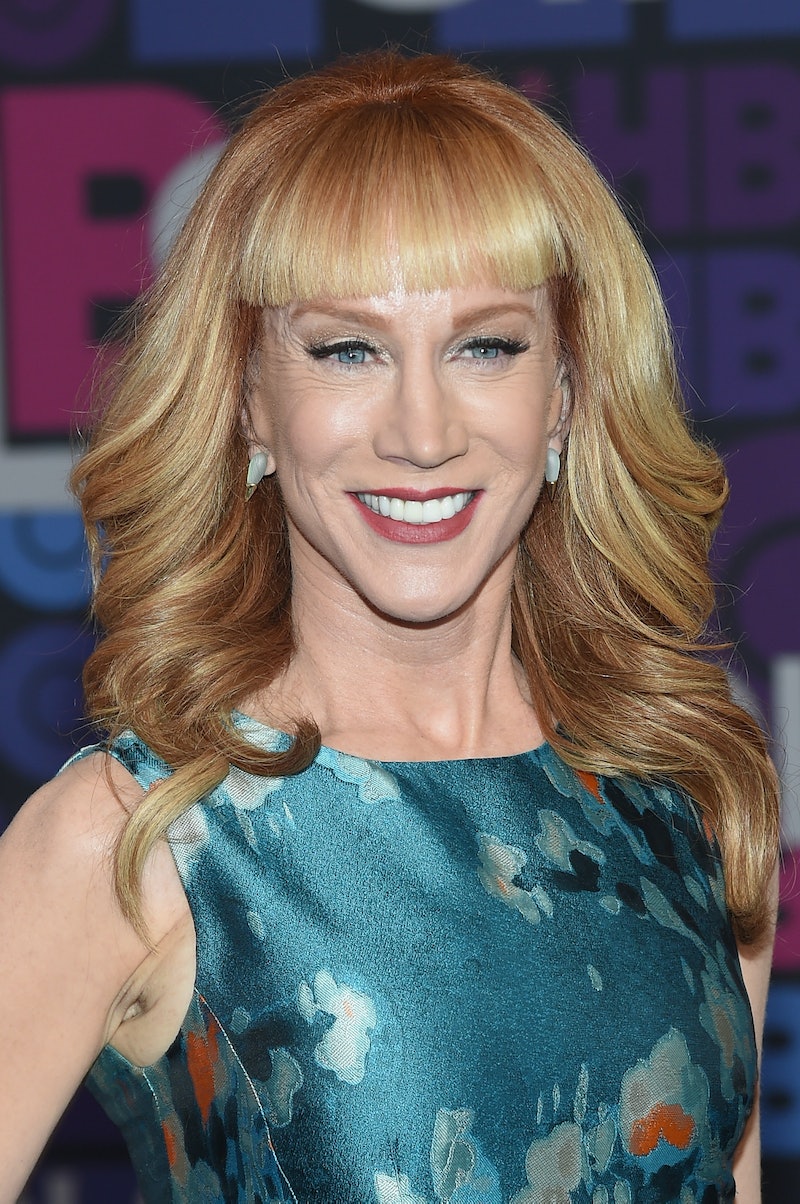 I didn't think I would like this Big Brother Takeover theme, but at this point in the season I will proudly eat my words because the Week 2 Big Brother 17 Takeover twist is amazing. On Thursday's live show funny-gal Kathy Griffin announced she was taking over the Big Brother house with the Last Laugh Twist and giving away a huge power to the winning houseguest. Seriously, this "prize" could completely change the game, so let's just hope it lands in the hands of someone who will actually use it in a shake-up-the-game way.

So what is this big power? It doesn't really have a name yet, — I'm going to refer to it as the Last Laugh Twist until Griffin gives the actual power an official name (because it deserves one). The Last Laugh Power that Kathy Griffin will be bestowing upon one lucky houseguest is as follows:

Pretty exciting, right? If the votes are even slightly split this coming week, this power could totally flip the house around. There are still a few questions regarding the power. We don't know if the winner has to use the power on Thursday's live eviction or not. It didn't sound like it would be enforced no matter what, but then again, if Big Brother wants to shake the game up, enforcing it would seem necessary. We also don't know if this power is a secret until the eviction, a la coup d'etat power in last seasons. In an ideal Big Brother fan world, the house will be preparing to vote when Julie will ask the power holder to stand up and name the three non-voting houseguests.

We'll probably learn more throughout the week as Griffin calls the house and sets the takeover in place. For now, as Griffin said, we can start theorizing who could win, what strategy there could be, and how this power will change the game.