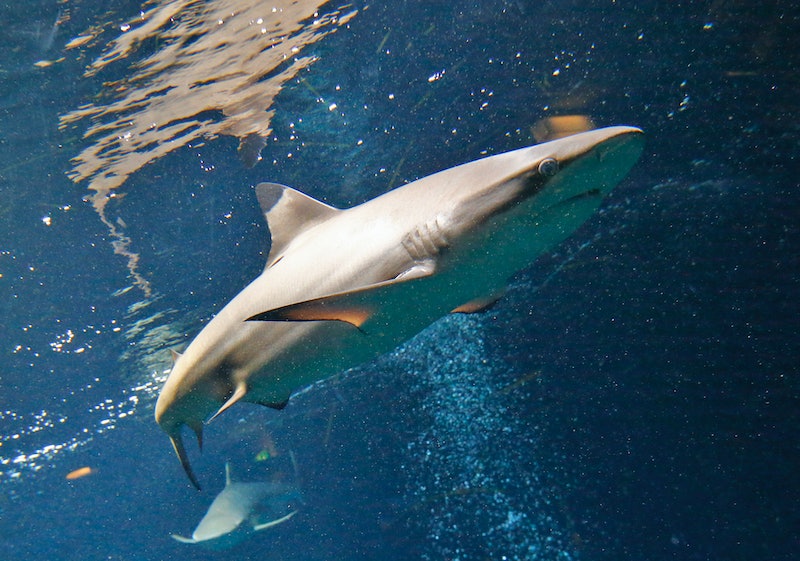 Each and every year the Discovery Channel's Shark Week proves it's a summer mainstay, on par with margaritas, massive summer blockbusters, and an inevitably uneven and painful sunburn. But with 27 years of toothy history behind it, how does the annual series stay fresh? Could there be anything about the ocean's bad boys (and girls!) that Shark Week aficionados still don't know? You bet your fins there are. There are enough fascinating facts to go around that this year that the network is introducing an online Sharkopedia to supplement its actual programming.

Sharkopedia is an awesome resource for budding marine biologists and straight-up shark fans alike. Howard Schwartz, the network's Vice President of documentaries and specials told USA Today, "We're focusing hard on the scientists this year and the research that a lot of the science community is engaging in with shark behavior."

The introduction of the site also comes after a new Discovery Channel President took the reins. Rich Ross promised back in January to lead the network in general and Shark Week specifically out of the realm of sensationalism and stunts (Megalodon: The Monster Shark, anybody?) and back into the realm of edu-tainment. So, this year, expect more complementary educational content online and on social media. Millions wouldn't tune into Shark Week every year if they didn't already find the creatures fascinating; now they'll come out the other end feeling way more informed about their favorite fishies.

The Sharkopedia site's main menu includes sections on shark species, shark facts, a quiz to test your shark IQ, and information about conservation and shark protection efforts. But, this isn't your boring sophomore year biology classroom. With articles like "5 Things You Never Wondered About Shark Sex" and "There's Shark In Your Lipstick: Everything You Need To Know About Shark Liver Oil," Sharkopedia is striking the same informative but irreverent tone as the Shark Week schedule. The site also features a host of shark videos, infographics, and commentary by Finbassadors (aka super-smart shark experts). If all the shark-y goodness is too much and you don't know where to start, tap the site's "Surprise Me" button and be whisked off to a mystery topic.

Sharkopedia is fully integrated into the week of specials, meaning that you'll be prompted during each program to dig deeper into a topic online. And, don't forget to subscribe to Shark Week on Facebook and Twitter for additional content and reminders about upcoming documentaries. There's even a Snapchat channel where you can follow the adventures of Chompy, Shark Week's lovable mascot; and a Meerkat channel for livestream chats with our friends, the Finbassadors. If all of that doesn't quench your thirst for shark-related knowledge, there's also a Sharkopedia book version available for sale on Amazon. So really, more than enough opportunities to irritate (and educate) your friends with an endless stream of shark facts.

If smart is sexy, then bookmark the Sharkopedia and get ready for the sexiest Shark Week yet.