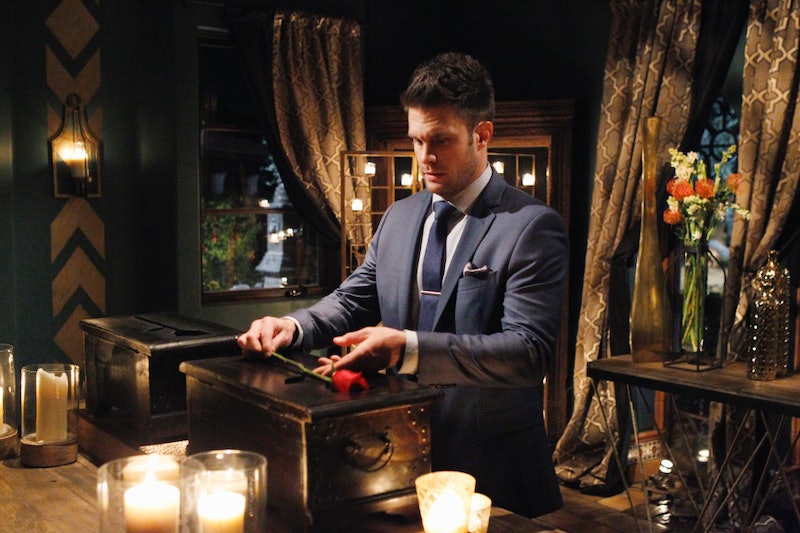 The number of suitors on The Bachelorette is rapidly decreasing — it’s almost time for the Fantasy Suite dates! Kaitlyn is really trying to figure out who she wants as her husband, and, of course, that means that some of the guys are on the chopping block, aka Bachelorette contestant Joe was eliminated. At first, Kaitlyn took Joe, Shawn, and Nick (or “The Other Guy,” as Shawn calls him) on a group date to an Irish castle or something. (Haven’t they been in Ireland for like, a really long time? All of the rose ceremonies in the middle of the episodes have been throwing me off.)

Joe and Kaitlyn went for a nice walk around the grounds, and Joe told Kaitlyn that he could see being with her for “the next 60 years” and that he was in love with her and would be happy with her forever. Kaitlyn had a look of panic in her eyes pretty much the whole time, so it was easy to tell what was coming next: She sent Joe home, citing that it was the best thing for both of them (she was really trying to be nice!), and that she just didn’t know if she had enough feelings for Joe to make a go for it for a lifetime.

Instead of taking it like a grownup, Joe went totally icy on Kaitlyn and did a feelings 180. While he did have a point in asking Kaitlyn why she let him go on and on about his feelings for her, there was no reason for Joe to be so mean to Kaitlyn. After all, these breakups are just as hard for both parties. Joe kept saying things like, “no problem” and “you made your decision,” and his hug was mega half-hearted. You’re hurt, Joe, but why are you being so nasty?