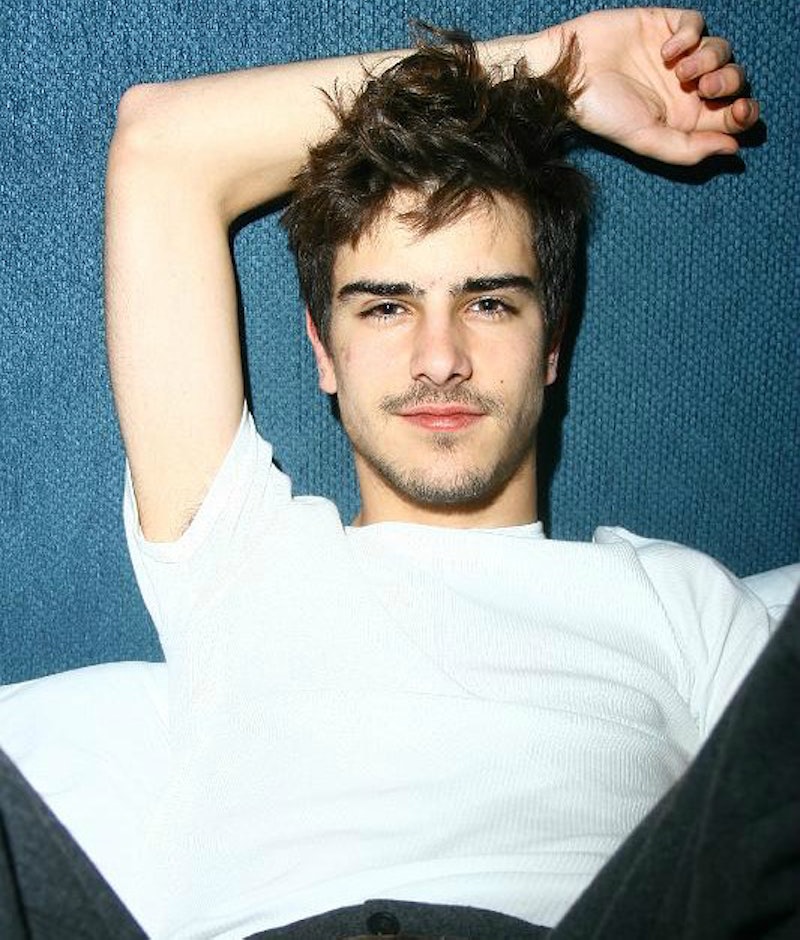 Have you ever found yourself trying to figure out how to play with his balls during sex? You're not alone. The problem with men’s balls is that they’re hiding behind the main event. Even sex experts don’t know what the hell to do with balls. Like, do we touch them? Just gawk at them? Do men want us to put them in our mouths or what? And, just as it is with penises, every set of balls is different.

Once you get a handle on penises, they’re fairly easy. You know you’re doing something right when they get erect, and you know you did something really right when a guy climaxes. Of course, technique is everything, but you’re likely to find far more women who feel comfortable handling a penis than they do handling a man’s scrotum. Like, how do you know if they’re happy with what you’re doing to them? It’s not like they’re going to get erect and eject some sort of mystery happy sauce.

So what are you supposed to do with them? Well, for starters, don’t ignore them. Testicles have a layer of muscle over them that extends upward towards the stomach, so when you play with them, it’s not just genuinely appreciated, but creates for an all-over body sensation. But holding them in your hand as if they're some precious stone isn't the only thing you can do when you have a set in your midst. Here are five things to do with his balls:

Balls are really sensitive, so if you just reach down and cup them during sex, you’re giving them the attention they crave. You can even squeeze them a bit, while the cupping and light massaging provides enough pleasure to give some extra stimulation to the sex you’re having.

2. Give Them A Little Tug

Because the balls are so sensitive, giving a little tug, and I mean little, right before he’s about to climax can intensify his orgasm. Not only does pulling his scrotum away from his body make for a deeper orgasm, but it will prolong his release, too, giving him an extra rush of intensity at the end.

A great blow job means including the balls in the whole thing, too. I have friends who swear by the figure eight move, in which you circle your tongue in and around the two balls, creating a swirling motion. Licking the seam of the scrotum (there are so many nerve endings there!) especially makes for an amazing experience and one hell of a blow job.

This in no way means rubbing ice all over his balls and/or penis, because OMG, no thanks! But according to sex educator and author Lou Paget, alternating between warm and cool with ice in your mouth is a really big turn-on for men. You can even ice them and then lick them immediately afterward. Just don’t be surprised if you see them recede a bit from the ice. But don’t worry, your warm mouth will relax them again.

5. Put Them In Your Mouth

With a slight sucking technique, you can easily take one of his balls in your mouth. What next? You can swirl your tongue around it, continue to suck a bit, or try to get the other ball in your mouth, too; you know, if you feel like a challenge. Of course, depending on the size of his ball, this could be a struggle, so if that’s the case, you can just move on to the second ball after you’ve played with the first one long enough. Also, humming while having a ball in your mouth creates a great sensation, and the best part is that you don’t even have to be in tune.

More like this
Help! My Partner Only Wants Sex Late At Night & Won’t Compromise
By Sophia Benoit
Ask A Sex Therapist: Is My Sex Fantasy Normal?
By Madison Malone Kircher
What Mercury Retrograde Spring 2022 Means For Your Sign's Sex Life
By Nina Kahn
The Most Compatible Life Path Numbers, According To Numerologists
By Kristine Fellizar
Get Even More From Bustle — Sign Up For The Newsletter