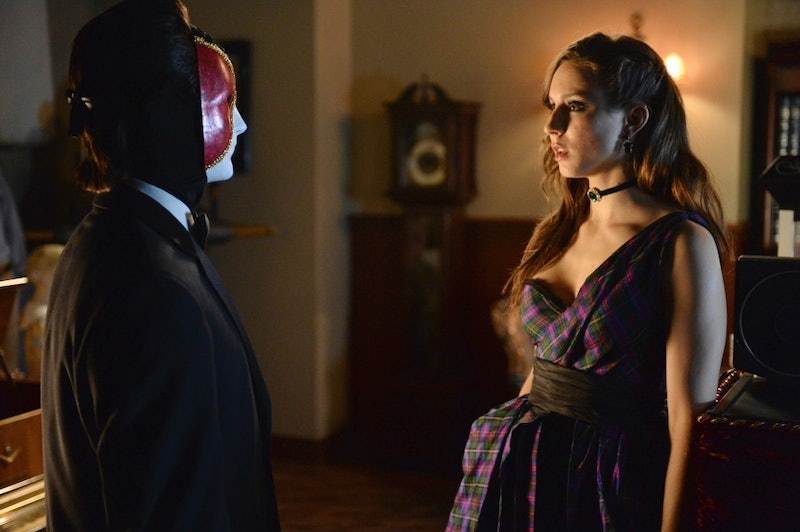 While I'm sure a majority of you are currently trying (and failing) to cope with the fact that a new episode of Pretty Little Liars won't air this week (because apparently Charles isn't the only person who enjoys inflicting torture on others), this series has still given us plenty to think about throughout its remaining seven-day hiatus. More specifically, I still have a ton of questions concerning Charles DiLaurentis and his past at Radley. Thanks to Mr. D's long overdue explanation a few weeks back, we now know how and why Charles was locked away — having proven himself to be a danger to his sister, Alison — however, there are still a couple of holes in this particular storyline that need to be cleared up ASAP.

Now, of course, it's well within PLL's nature to leave us hanging on certain matters. After all, if they gave us the truth, the whole truth, and nothing but the truth, there'd be no reason to keep tuning back in from week to week. (Well, other than to just swoon over the amazingness of Caleb Rivers, of course.) But our patience can only go so far. So by the time Season 6A is through, here are a few very important Charles-related questions that need to be answered… or else.

We may have seen his tombstone, but I'm still not entirely convinced that his body is buried underneath it. So is this masked figure really Charles or someone who is carrying out vengeance in his name? We need (and deserve) to know the truth, one way or the other.

2. How Did Peter Hastings & Jessica DiLaurentis Have An Affair?

According to Mr. D's story, Charles was born 15 months before Jason. However, the DiLaurentis family didn't move to Rosewood until after institutionalizing Charles at Radley when Ali was just a year old. So how did Peter and Jessica have an affair together if they weren't neighbors yet at the time of Jason's conception? Does that mean that they ran into each other outside of Rosewood? Which brings me to my next question…

It certainly seems that way right now, but for all we know Kenneth could be lying or as completely in the dark as the rest of us. If Peter and Jessica crossed paths outside of Rosewood, what's to say that Jason was the only child they had together? Charles could've been their first. Either way, let's get to the bottom of this whole Baby Daddy scenario, shall we?

4. How Does Charles Or His Impersonator Get All Their Money?

I'm really going to need an answer to this question, PLL. It's clear by now that A has some serious financial backing at his (or her) disposal, but where does it come from? And, more importantly, how can I get in on this arrangement?

It'd be easy to assume it was him in retaliation for keeping him locked up for all those years. But when has anything on this show ever gone the way you thought it would? I need answers, people!

And if so, what was his motive?

7. What Is Charles' Connection To Lesli Stone?

We know that she was roommates with Bethany Young, but how did Charles fit into the equation? Did all three of them concoct an escape plan? I want to knooooowww!!!

8. Why Does He Have An Obsession With Ruffled Yellow Tank Tops?

Because, seriously, this is by far the biggest head scratcher of them all.