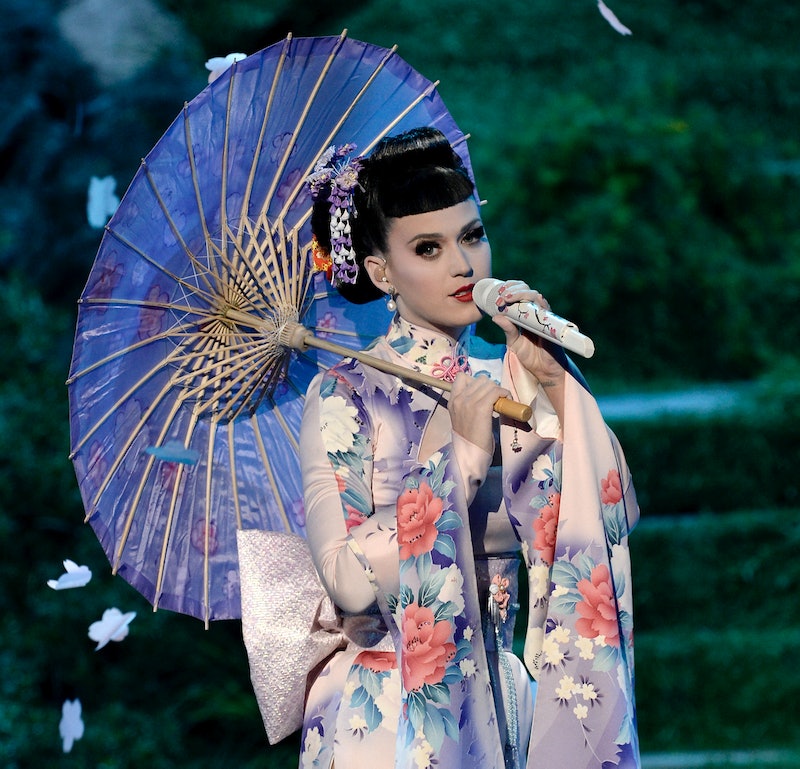 Well, you know, it really wouldn't be an awards ceremony featuring American pop stars if none of them were blatantly appropriating some culture or other. This time around, that appropriation went to Katy Perry's American Music Awards performance, in which she dressed in a kimono and danced around a Japan-themed set.

I had settled down onto my couch for the night, prepared for a relatively chill awards ceremony to cover — this ain't the VMAs, after all. What could happen? Then the show starts, and five seconds in, Perry's already reenacting The Mikado and all bets are off. What am I supposed to do with that, Katy Perry?

The performance itself was visually pretty: The sets and the lanterns were beautiful, as were the costumes — but that is also, well, not the point. Because Katy Perry is also just so incredibly... not Japanese. Which means a whole lot of things, most namely that you can expect at least 15 separate think-pieces to pop up tomorrow surrounding Katy Perry's cultural appropriation and what it says about pop music/feminism/society at the moment/throughout history/going forward.

As of my writing this, Miley Cyrus has not even been onstage yet and this show is already riddled with issues. Let's see if we can keep a tally on the number of problematic things that go down during this ceremony. Unfortunately, I'm guessing no fewer than 15.