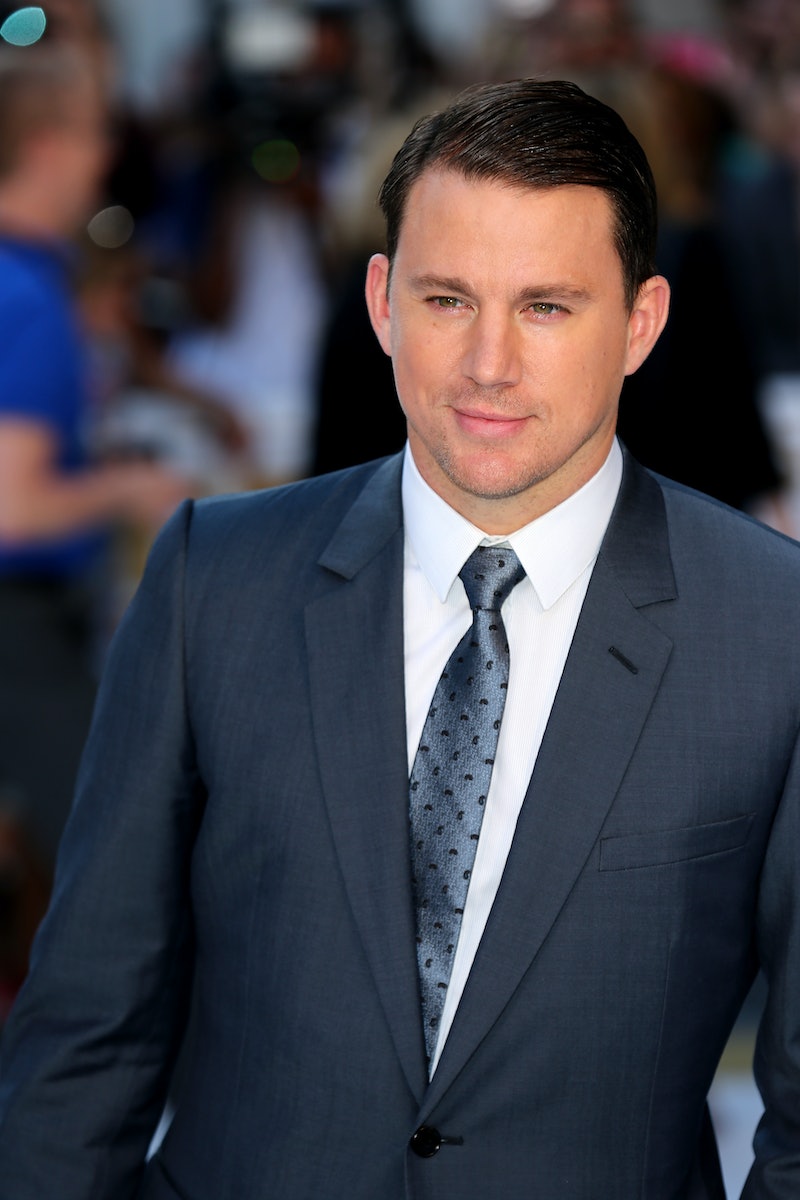 In a red carpet interview with Reuters last week at the premiere of Magic Mike XXL in London, Channing Tatum showed himself to be a body positive role model. Channing Tatum's body positive words may have been an off-the-cuff remark, but his comments will make many feel better about their bodies. In the interview, Tatum commented on his ridiculously ripped body that we see on screen: "My Magic Mike body... lasts for about five days, like when we're shooting. You time it until that day and then you lose it immediately."

There's been a lot of discussion about whether Magic Mike XXL is feminist — we reached the conclusion that it is — and now Tatum's response to body questions on the red carpet has only given us further proof that the film might be completely about men, but it definitely benefits women, too.

Not just that, but in the same interview, Tatum champions the "dad bod" (even if the phrase might be seen as sexist) that broke the Internet a couple of months ago. He claims that he'll no longer be putting himself through the intense workout regime required for Magic Mike XXL and is aiming on achieving a dad bod for his next look.

With Tatum's remarks, he shows that although his body in Magic Mike XXL is meant to be a representation of the "ideal" male bod, even he doesn't actually look like that. His flippancy towards his appearance and his championing of the dad bod show that the ideal physique doesn't just have to mean one thing.

If Channing Tatum is more excited about giving up his Magic Mike XXL abs for a beer belly, then it's a true sign that the times are changing. His body positivity also reveals a more humble side to the celebrity, especially when it would be so easy to brag about being the star of a film about male stripping — instead, he's happy to give up trying to fulfill an impossible beauty standard.