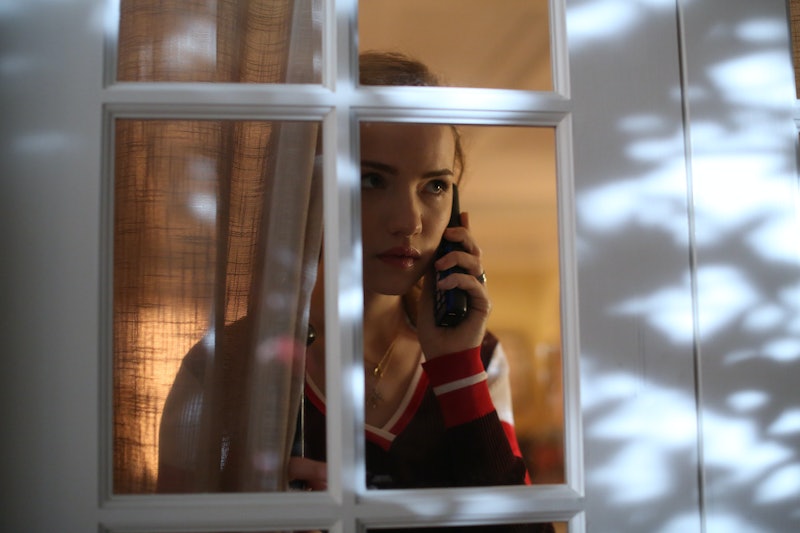 Alright everyone, we are two episodes into MTV's Scream and I feel very comfortable admitting that I'm not sure who the killer is. I mean, they've set pretty much everyone up to look as suspicious as all get out. Well, everyone that is except for Emma, but I'm not ready to pull on that particular thread of fabric quite yet. Even though each character continues to be shady in their own particular way (I'm looking at you sleazy/handsome high school teacher!) there is one guy who is starting to look especially murderer like — and more than a little shifty. I'm talking of course about Emma's kind of dumb, sleeping with the enemy, shows up a little too conveniently, maybe-not-ex-boyfriend Will. He's introduced to the series as a liar, being outed by friends as having slept with Nina (the sexual sniper, maybe the best nickname of all time) Patterson. He's also notorious for his weird absences and mysterious phone blackouts. All very convenient excuses for someone up to no good. So does this mean that Will could be the killer on Scream?

It's just a theory (and we've still got a lot of show to go so don't judge if I change my mind here) but I think he could be our guy. He starts the episode totally on the outs with Emma (who is still mad he slept with Nina and didn't tell her himself) and then, right as she is chased/sort of attacked in a completely deserted street he shows up out of nowhere? How interesting. It turns out he got a text from Emma, and he barely bats an eye when she tells him she wasn't the one who sent it. He could have easily swiped her phone, sent the text, freaked her out in the alley and then circled back around to "save" her. Suddenly all is forgiven and they are kissing at basketball games again.

Of course Kieran was super-fast to point out how suspicious Will's activity was, which in itself is a very suspicious move. So... it's confusing and everyone is being shady. But the bottom line is Will is up to no good and I don't trust him. Let's just see what he does next.

More like this
Hayden Panettiere Will Return For 'Scream 6': "We F*cking Won, Scream Fam"
By Jack Irvin and Jake Viswanath
Candice Carty-Williams’ 'People Person' Tackles Daddy Issues With Warmth
By Sam Rogers
'Obi-Wan Kenobi' Takes Place After This Key Star Wars Movie
By Arya Roshanian
'Gentleman Jack’s Cast & Crew Are Keen On Season 3, Too
By Frances Stewart
Get Even More From Bustle — Sign Up For The Newsletter