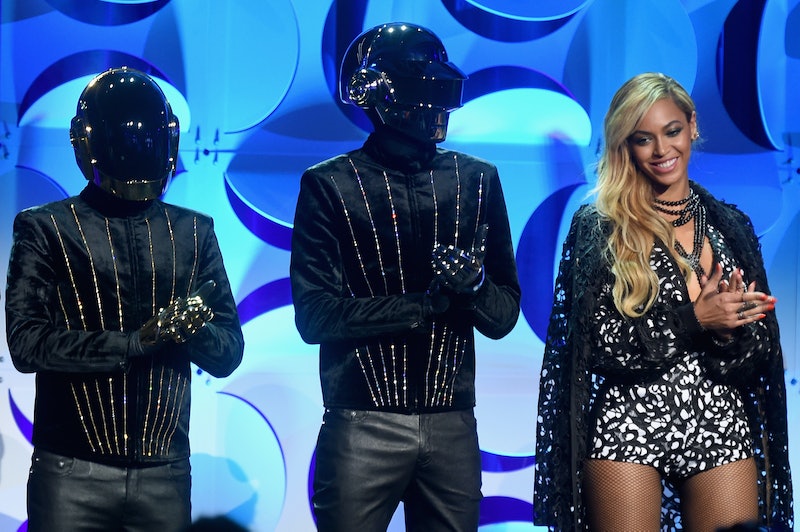 Australians really know how to live. Yes, I said it. As it turns out, there is a Beyoncé-inspired skyscraper being built in Australia, one that, according to the Elenberg Fraser architecture studio, is specifically inspired by her music video for "Ghost." I mean, I'm of the opinion that you don't even need a reason, or a proper justification, to build something in Beyoncé's honor, because she is a queen who radiates such greatness that everything should be in her honor. However, Australia is the country-slash-continent that went ahead and full-fledged built her a building. The rest of the world needs to catch up with something other than books and wax figures, is all I'm saying. The #BeyonceAlwaysOnBeat meme is close to a skyscraper in terms of greatness, but I definitely think there is more in the monument family that we could be doing in order to honor the woman who dropped a surprise album that broke iTunes and taught us all who run the world. Wake up, America.

"Art and science? You betcha. For those more on the art than science side, we will reveal that the form does pay homage to something more aesthetic — we’re going to trust you’ve seen the music video for Beyoncé’s 'Ghost,'" reads the website for the architecture studio, as if we needed any further explanation than the fact that there's going to be a skyscraper in Beyoncé's honor. So while "Ghost" is getting its own monument in what is clearly the greatest country ever, it's time for the rest of the world to get to work on some of these monuments in honor of Queen Bey. Trust me, she'll appreciate it.

Sure, Beyoncé has a wax figure, but can we get the young woman a statue, please? Something in bronze that can be erected in a national park somewhere, because she is a national treasure?

Who says pharaohs are the only ones allowed to build pyramids? Clear out a space somewhere, and build Beyoncé her first pyramid. The triangle shape would support all of those rumors of Beyoncé's involvement with the Illuminati.

Imagine, if you will, walking through a park and catching sight of a fountain that features Beyoncé's spilling water from her palms like a super advanced form of waterbender. I mean, I could see it.

Okay, so a skyscraper is pretty similar, but imagine an entire apartment building referred to only as "Beyoncé Towers." I would probably pay any amount of money I could afford to live there, I won't even lie.

Beyoncé has visited famous museums, and she has an exhibit, or her name, in other famous museums, but she doesn't have one completely devoted to her — yet. Her shoes could be an entire exhibit all on their own.

Let the Beyoncé games begin, and may the odds be ever in your favor that you don't throw out your back trying to emulate her dance moves in her own personal colosseum.

I mean, Barack Obama should just have The Beyoncé House constructed right next door to the White House, because Beysus for President, y'all. OK, so none of these dreams are likely to become a reality, but, hey, now that Beyoncé has her own skyscraper, anything could happen.