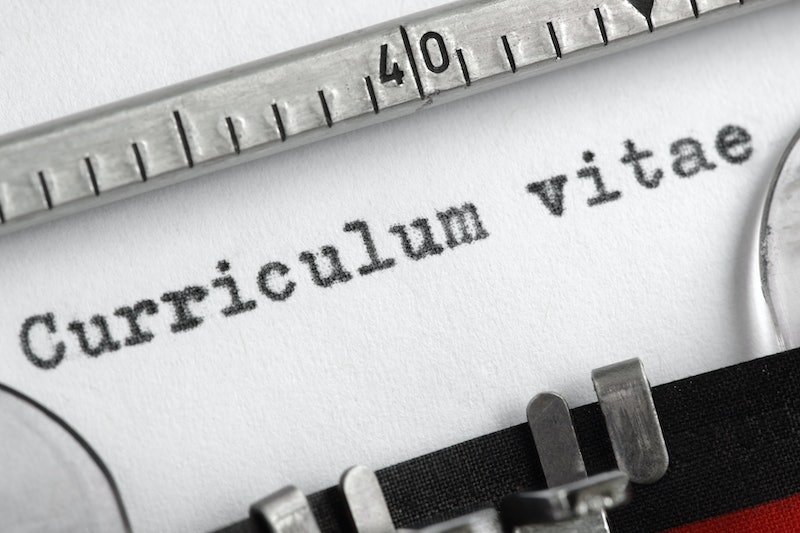 Are you currently in the process of searching for a new job? Then you know what that means: It's time to spruce up your resume — and if you're overhauling your CV yourself, you're going to want to check out these essential resume tips, courtesy of Fast Company's “The Resume Angel Can Help You Get That Job” video. Bonus: As is the case with pretty much every single one of FastCo's work etiquette videos, it's as hilarious as it is informative. Who says comedy can't serve a higher purpose?

As you may have guessed from the title, the video features guidance from a “Resume Angel” — a heavenly being tasked with helping job seekers make their resumes the best they can be. However, he's not without his challenges; there's also a Resume Devil whose sole purpose is to undermine both the angel and the job seeker. The “angel/devil on my shoulder” trope has been around for ages — indeed, it dates back to the early fifth century A.D. as the Psychomachia, or the Battle of the Spirits by Latin poet Prudentius — but I doubt you've ever seen it quite like this before. It does, however, drive home one point of which I'm sure we're already all aware: Comic Sans is the work of the devil. Just sayin'.

Although obviously the video doesn't cover each and every little thing you need to do or avoid in order to get your resume into top shape, it does cover an awful lot of them. Here are five of the main takeaways — but you're going to want to scroll down to watch the full video. Just… trust me on this one.

1. Have a work-appropriate email address.

You probably already know this one, but having an address like “Booty69@gmail.com” — or even something relatively innocuous like “KittyLover325@gmail.com” — is a huge resume no-no. It's probably the biggest resume no-no in the book, so for the love of all that is bright and good in the world, get yourself a professional-sounding email address. Something involving your name, initials, and an easy-to-remember number will work. Trust the Resume Angel on this one.

2. Don't feel the need to pack your entire educational history on it.

College and grad school are both good ideas, but if you have one or both of those degrees, you definitely don't need to put your high school info on there.

And no matter what the Resume Devil says, your GPA may not be necessary, either.

3. There comes a point when you have to cull your irrelevant work experience.

Are there situations in which babysitting might be useful? If you're a caregiver, sure. Are you applying for a retail position? If yes, then your years at the Gap might still be worth mentioning. But by the time you reach a certain point in your career, some of your work experience — particularly the early stuff — may have become irrelevant. Time to break out the red pen, literally or metaphorically, and give it the axe.

“Increased sales by a lot” doesn't tell whoever is looking at your resume what they need to know — that is, a quantifiable result of what you brought to the table. Use a percentage — in this example, something like seven percent should work — but don't lie about it. “A HELLA LOT!!1”, it should go without saying, is right out.

Although the jury's still out on which font is the best one for a resume, it's easy to pick out the ones you shouldn't use. Like Comic Sans. Don't do that to yourself. You're worth way more than that.

Other things to avoid: Objectives and including a photo directly on your resume. Objectives are outmoded, says Forbes, as well as not terribly useful to a recruiter or hiring manager — and according to BeHiring, a whopping 88 percent of resumes are rejected because of the inclusion of a photo. Watch the full video below — oh, and don't forget to give your cover letter a makeover, too. Good luck, job seekers!