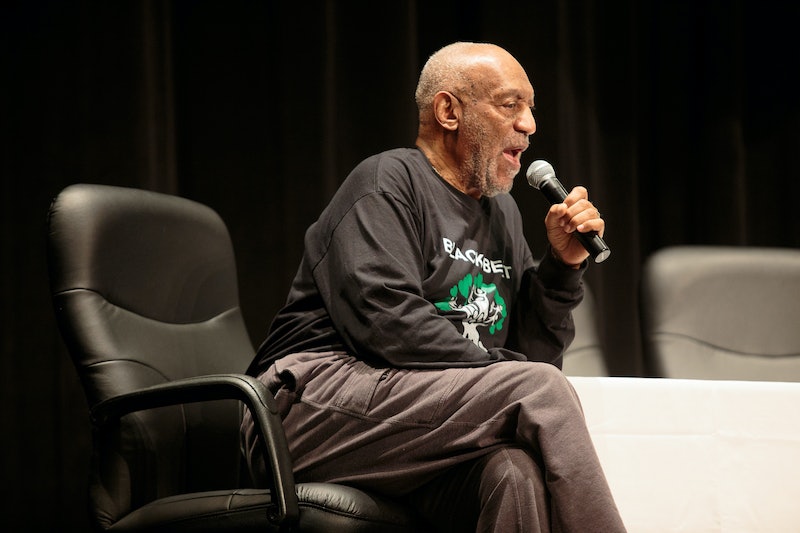 On Monday, court documents from 2005 that the Associated Press fought in court to obtain show that Bill Cosby admitted to obtaining "the sedative Quaalude with the intent of giving the drug to women he wanted to have sex with," according to NPR. Since the release of the documents, a number of companies and television stations have been distancing themselves from the comedian. Tuesday night, Disney World removed its bronze Bill Cosby statue from the Walt Disney World Resort near Orlando, Florida, and at least two television networks have announced that they will cancel all planned reruns of Cosby's TV shows, according to Mic.

The statue, which was located at Disney's Academy of Television Arts and Sciences Hall of Fame Plaza, was one of seven in the plaza mean to celebrate "past and present television greats," according to Disney's website. Disney officials announced that the statue would be removed after dark Tuesday night, but they didn't offer any other comment, according to the Associated Press.

Brittany Gavrilova, who claims that her aunt is one of Cosby's alleged victims, had posted a petition on Change.org months ago asking that the statue be removed. Gavrilova told the news station WESH that she was glad the statue had finally been removed, according to The Huffington Post:

Especially now that a document has been released where he has admitted to it, I don't think that someone like that should be placed on a pedestal, especially where people bring their families.

Both BET's Centric Network and Bounce TV, the last two networks airing Cosby's TV shows, released statements Tuesday that they would stop airing the shows, according to Adweek. Other outlets, such as NBC, which had been developing a new sitcom with Cosby; Netflix, which was supposed to debut a stand-up special in which he was featured; and, TV Land, which aired reruns of his old shows, all cut ties with him in November as more and more sexual assault allegations came to light, Adweek reported.

On Tuesday, the Los Angeles Police Department told NPR that it has opened at least one investigation into sexual assault allegations against Cosby. Cardozo Law School professor Marci Hamilton told NPR that many of the women who alleged that Cosby assaulted them cannot seek legal redress because the statute of limitations on their cases has already expired. The LAPD might be seeking to help younger victims:

What we're all waiting for, is for the younger victims to come forward who would be in-statute in a particular state. It's unlikely that someone who operates the way that Cosby apparently did stopped at any particular age. So I assume those victims are out there and we'll see that happen.

More like this
How The City Healed Five Years On From The Manchester Arena Attack
By Ella Glover
How To Fight For Reproductive Rights, Based On How Much Time You Have
By Courtney Young
Harry Styles Called For "Backlash" In Powerful Statement On Abortion Rights
By El Hunt
Sandra Bullock, Girlboss Extraordinaire
By Matt Harkins & Viviana Olen
Get Even More From Bustle — Sign Up For The Newsletter