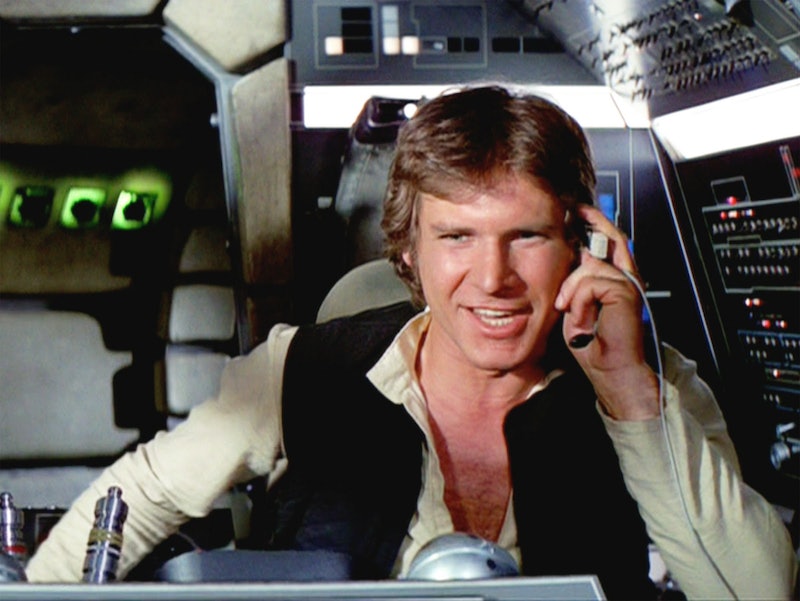 The million-credit question in Hollywood, and the Hollywood-affixed corners of the Internet, right now: Who should play young Han Solo? On Tuesday, Disney lay the official announcement about the latest addition to its rapidly expanding Star Wars cinematic universe: Han Solo is getting a film, an independent feature about the pre-A New Hope days of the smarmy Millennium Falcon pilot..

That said, we don't know exactly when, or over how long a stretch of time, this new story will take place. Are we talking childhood years on Corellia, or the first half of that cantina conversation with Greedo? What's more, we've undoubtedly got plenty of questions about the style and tone of the film, given the studio's decision to tap an unlikely directing team to handle the project: Phil Lord and Chris Miller, the minds behind The Lego Movie, the 21 Jump Street films, Will Forte's Last Man on Earth series, a recently announced animated Spider-Man project, and the early 2000s cult favorite MTV program Clone High.

But, no matter how important any of these inquiries might seem, they all take a back seat to the casting conundrum. What young actor is suited to inherit the role of Han Solo? The grandeur of this conflict stems from our difficulty picturing anyone but Harrison Ford playing the role. However, we've actually seen plenty of other actors portray the character — or the very closest thing to Han — over the past 40 years. Take a few parsecs to peruse the list, and maybe you'll be more inclined to open your mind to a new take on Han.

Brought to the character: All the attitude of Harrison Ford, with an even stronger profile.

Brought to the character: A pretty dead-on Ford impression, without any of the onset outbursts (as far as we know).

Brought to the character: An un-re-editable close range shot of Greedo.

Brought to the character: A much needed hyperdrive.

Brought to the character: All the smugness that you'd want from a college-aged Solo.

Played Han Solo in: The Trial of Han Solo.

Brought to the character: The long awaited logical and emotional conclusion to Star Wars' cruelest and least justified murder.

Brought to the character: Little more than some halfhearted backup dancing.

Brought to the character: The Han-is-better-than-Indy argument that so many of us have been waging for decades now.

After all of the non-Ford Han Solos we've had over the years, maybe accepting one more on the big screen won't be such a hardship. In fact, maybe it's something that's long overdue.