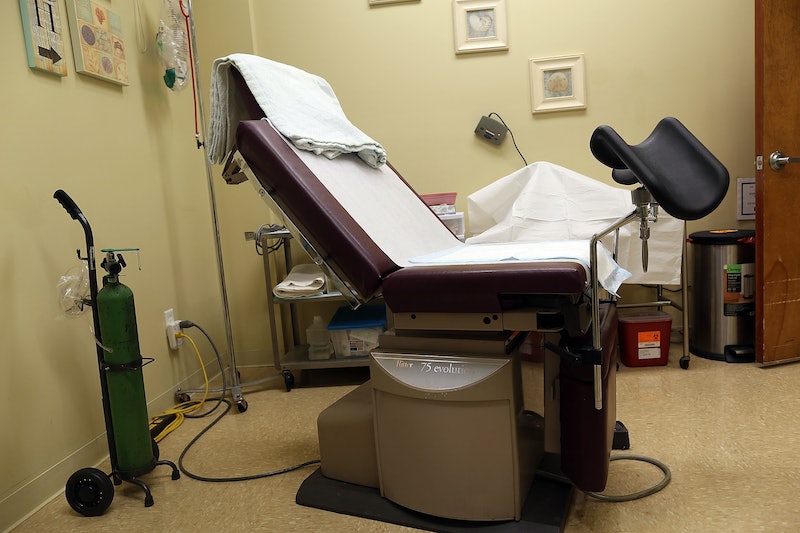 On Wednesday, three female Democratic representatives introduced a much-needed reproductive rights bill in Congress. The Equal Access to Abortion Coverage in Health Insurance (EACH) Woman Act aims to make sure that health insurance obtained through the federal government covers abortions, and to prohibit state governments from interfering with abortion coverage in private health insurance markets. Much like the Affordable Care Act made birth control more accessible for women nationwide, this bill would help make abortions more financially feasible. In states that currently forbid abortion coverage, the EACH Woman Act would have an especially strong impact.

While Republican representatives are trying to further restrict access to abortion by outlawing the procedure after 20 weeks of pregnancy, this newly-proposed bill would be a huge victory for reproductive rights, if passed. Although it couldn't begin to make up for the endless state restrictions on the procedure, a federal law allowing abortions to be covered by health insurance would send a powerful message that women deserve access. The EACH Woman Act, introduced by representatives Barbara Lee (D-Calif.), Diana DeGette (D-Colo.), and Jan Schakowsky (D-Ill.), along with nearly 70 co-sponsors, would effectively overturn the Hyde Amendment, which prohibits federal funding of abortions except in cases of incest and rape. At a press conference on Wednesday, Lee said:

Make no mistake — these lawmakers really do want to ban abortions altogether. Since they can't, they employ these very devious and underhanded tactics to push abortion care out of reach for women who are really just struggling to just make ends meet, and that's just wrong.

Because of the Hyde Amendment, federal employees in every state can't get a health insurance plan that would cover an abortion, but 25 states either ban all coverage of abortions or prohibit private health insurance markets from covering the procedure. Here are the states that don't allow any insurance plans to cover abortions:

And these states prohibit comprehensive plans in health insurance markets (including the new Obamacare exchanges) from covering the procedure:

Women everywhere would benefit from the EACH Woman Act, but these 25 states would see a much bigger change. This legislation would protect poor women especially, as abortions typically cost hundreds of dollars. In a statement sent to Bustle, Planned Parenthood president Cecile Richards said:

For far too long, this country has penalized low-income women seeking abortion — forcing those who have the least to pay the most in order to access safe, legal care. The EACH Woman Act is our chance to right that wrong, and allow every woman — no matter where she lives or how much money she makes or who provides her health insurance — to access the health care she needs

Join the conversation about the EACH Woman Act on Twitter with the hashtags #4EACHofUs and #BeBoldEndHyde.