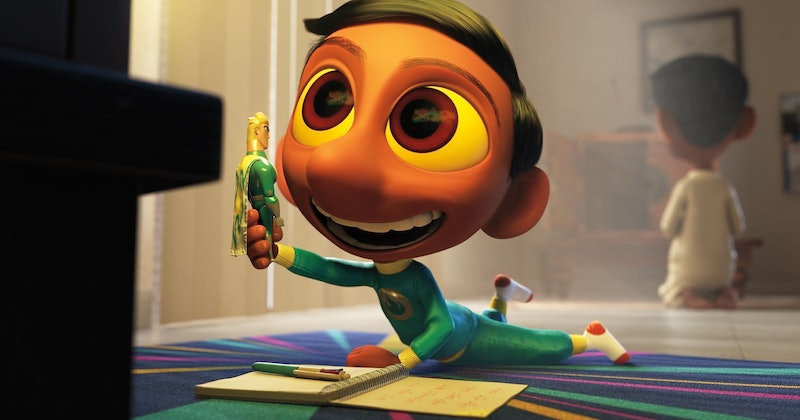 It's only July, but already, 2015 has proven to be a great year for Pixar, and for Pixar fans! The studio's latest release, Inside Out, has received high praise from both critics and viewers, and it's performing wonderfully at the box office. Also receiving positive reviews is the Pixar short "Lava," which airs in tandem with Inside Out in theaters. The charming musical short reminds us that good things come in small packages, and has many people asking: when does the next Pixar short come out?

Typically, the studio releases its shorts as featurettes that air directly before screenings of its full-length movies, and every short is like an appetizer to the main course of the feature film. So the next short can be expected with the release of Pixar's next film. This is good news, as the next Pixar feature, The Good Dinosaur , is scheduled for release on November 25. See, I told you 2015 was a good year!

So, what can we expect from the new short? Although we are still several months away from its theatrical release, some preliminary information has been revealed (and some lucky folks got to see it already at the Annecy International Animation Film Festival in France). The short is called "Sanjay's Super Team" and is directed by Sanjay Patel, a Pixar artist who previously worked on films such as A Bug's Life, Ratatouille, The Incredibles, and Toy Story 3. "Sanjay's Super Team" is based on Patel's own experiences growing up in America as the child of Indian immigrants, the director told the LA Times. He felt conflict between his desire to be a "normal" American kid and his entrenchment in his Indian heritage.

This clash of cultures is the focus of "Sanjay's Super Team," in which a small Indian boy named Sanjay is reluctant to pause his leisure activities to perform the Hindu ritual puja with his father. In the short, Sanjay begins to daydream during the meditation, and suddenly his daydream becomes a vivid journey that combines his passion for superheroes with his father's devotion to religion. The short has no dialogue, focusing instead solely on visuals and music. A few stills have already been released:

Doesn't it look amazing? Patel told the Times that "If I could, I would go back to the 1980s and give my younger self this short."

Added the director, ""I want to normalize and bring a young brown boy's story to the pop culture zeitgeist. To have a broad audience like Pixar's see this ... it is a big deal. I'm so excited about that."

There seems to be great potential in the story getting told especially, for children who are struggling with cultural identity. The social implications of the short make it even more impressive than its gorgeous visuals, and I'm excited to see more as "Sanjay's" release date approaches.