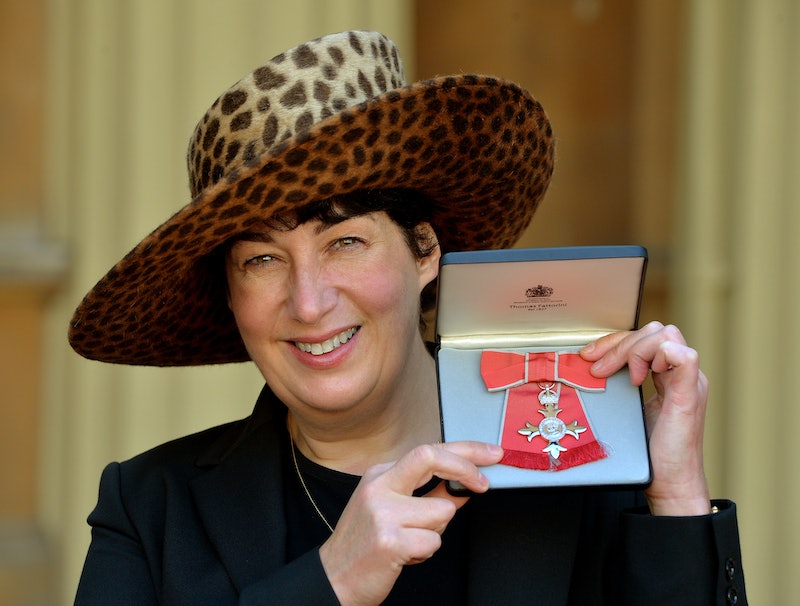 Joanne Harris has a whole bibliography of best-selling novels under her belt, along with multiple awards for her work — but her tweets about sexism in the publishing industry show how outrageously she is still being treated. Harris routinely publishes 10 tweets on a topic within the literary world, and her latest series of #TenTweets tackle the constant prejudice she faces. Her tweets, and the backlash she received in comments, show quite how much work there is still to be done to give women writers the respect they deserve.

Despite her impressive academic background, Harris points out that she is regularly referred to in articles as a “Yorkshire lass,” which is pretty degrading. She is constantly asked about how she juggles motherhood and writing, regardless of her whole host of awards that prove she’s managing it just fine, or questioned about her weight, despite the fact looks have literally nothing to do with her ability to write words. And worst of all, she is often ignored outright by male presenters who have probably never read any of her books, seeing as they try to compare them to Fifty Shades of Grey . Totally the wrong genre there, guys. At least do some research.

Several dismissive responses criticize Harris for complaining when “she’s doing fine.” Not to be deterred, Harris has hilariously replied to these by labeling her attackers as “‘That’s not sexist’ voles” (and their “Men get patronized too” friends) — a perfect description which I fully intend to use on anyone who tries to harass me on Twitter in future.

Bottom line: Harris is an incredibly successful author, which is down purely to her own merit, and any discrimination or disrespect she faces on account of her gender is just not acceptable. And as well as phenomenally successful novels, she can write some pretty cutting tweets if you get on her bad side, so my advice: when Joanne Harris tweets about sexism, you listen.

More like this
The 20 Best Audiobooks To Fall Asleep To
By Aoife Hanna and K.W. Colyard
Watch The Emotional Trailer For Dolly Alderton’s 'Everything I Know About Love'
By Bustle UK
What Is Barack Obama’s Net Worth? He Makes *Way* More Now As An Ex-President
By Hugh McIntyre
This Is How Taylor Swift Feels About Joe Alwyn’s Steamy New Series
By Alyssa Lapid
Get Even More From Bustle — Sign Up For The Newsletter