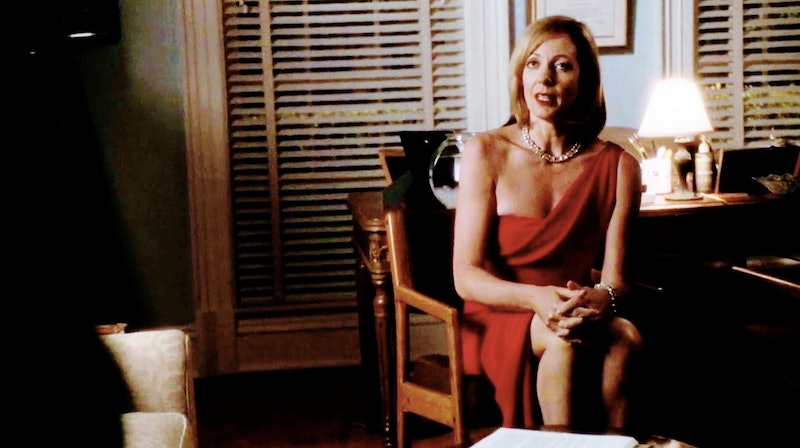 Though it ended its run on NBC in 2006, I love The West Wing now more than ever. It seems like every day, someone discovers it on Netflix, knows you're obsessed, and texts you, "Who knew politics could be so interesting?" or "OMG please tell me Josh and Donna hook up!" or "Wait, Martin Sheen wasn't actually our President?" One of the best parts of the series, however — and the part that, personally, always keeps me coming back for more — is without a doubt Allison Janney's amazingly feminist West Wing character, C.J. Cregg.

Throughout the series, we see Claudia Jean Cregg rise through politics seamlessly — from campaign manager to Press Secretary to Chief of Staff. Clever, competent, and owning a stellar sense of humor, CJ was hard not to watch without wishing that you could be her (or, at least, be her best friend).

It was Janney's legendary, Emmy-winning performance — in addition to Aaron Sorkin's sharp writing — that made C.J. one of the best characters of all time. The Secret Service called her Flamingo (even though she did not particularly like that code name), but I call her Role Model, and firmly believe she should be everyone's feminist queen.

1. She Knows Her Power

C.J. is not afraid of her capabilities, intelligence, and power — and you shouldn't be either.

2. Her Politics Are On Point

3. She Knows What The People Want

She's a prime woman and so are you.

5. She Has Great Comebacks

Is Lady Gaga a West Wing fan? File that under: questions I need answered now.

6. She Has The Best Laugh

Doesn't that just fill your heart with glee?

7. She Likes Her Booze Every Now And Then

It's healthy for a lady to treat herself to the mini fridge once in a while.

8. She's Not Afraid To Speak Her Mind

Honestly, for this is reason, alone, she should be your feminist role model.

Who else is feeling the sudden urge to hold a West Wing marathon, stat?