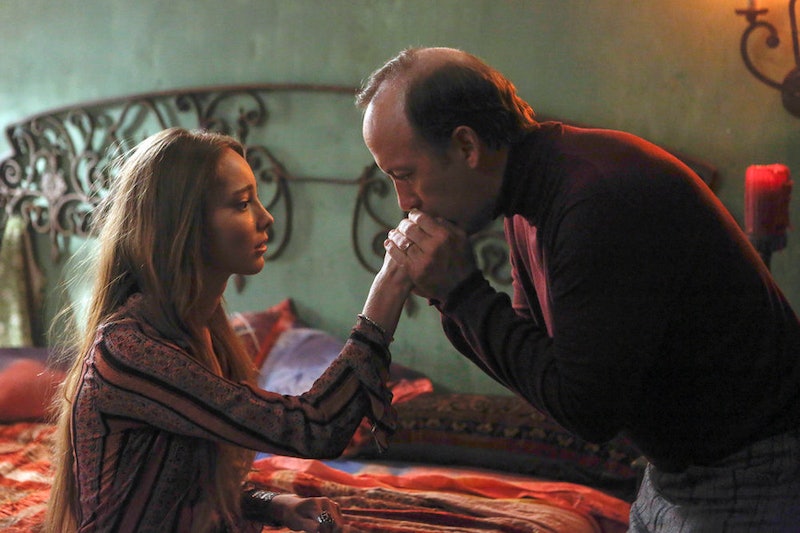 One of the best parts about Aquarius is finding little pieces of actual history that is mixed in with the melting pot of dramatic liberty and fictionalization of the story. The show has entirely fictional characters who are surrounded by Aquarius characters based on real people. There's Charles Manson, Bunchy Carter, and Mary Brunner — and very likely more to come in Season 2. Since we know Aquarius uses real life inspiration for the plot and people it's no surprise that even the smaller character's have shades of reality. Take Elliot Hillman, while he was only in a few episodes he made quite an impact as a record producer who met with Manson at the compound, and left thoroughly unimpressed. If the whole thing feels very familiar, it's because it is. Manson met and recorded for a well known record producer in the 60's: one Terry Melcher. So, is Aquarius' Elliot Hillman based off of Terry Melcher?

While no one has gone on record saying that this is true, the similarities are striking. Typically when stories are based off of true events (ripped from the headlines, if you will) the movie or show dramatically changes the story-line, making it more twisted and complicated, until the real life events seem downright dull in comparison. This... is not one of those cases. No, Melcher's involvement with the Manson family was every bit as dramatic as on the show, and it's easy to see why people wonder if Hillman is a Melcher stand-in.

We all know that, on the show, Manson is trying to make it as a musician, trying to become "bigger than The Beatles." This lines up with real-life Manson as well. Melcher (the son of famous actress Doris Day) made a few records with Manson, and apparently even considered making a documentary about his life on the commune, much like Hillman's character actually does. He never signed him to the record but things were going along well, until Melcher saw Manson lose it in a fight with a club bouncer while wasted. Apparently, this scene was enough to end the friendship. (Brings to mind the scene of Manson beating on one of his followers while Hillman's cameras rolled on the show, doesn't it?)

But, it gets spookier. At this time Melcher was living with his then girlfriend Candice Bergen (of Murphy Brown and Miss. Congeniality fame). They moved houses after he cut ties with Manson. I don't think the move was motivated by the fight, but it is interesting timing. He then leased the house to director Roman Polanski and later that was were the famed Sharon Tate murders took place. It was speculated that Manson's followers had gone to the house in search of Melcher and Bergen, to kill them in revenge for never giving Manson a record deal. That's speculation, as some say Manson knew they had moved and to them, the house itself represented society's rejection of Manson. However, Melcher, who passed away in 2004, went into hiding for a time and started employing a body guard after the attack.

So, assuming the show does follow the true-crime pattern of Manson, we should expect to see more from Hillman in episodes to come.

More like this
9 Honestly Unbelievable Revelations From The WAGatha Christie Trial
By Frances Stewart
UK Viewers Will Have To Wait To See Jessica Biel’s Killer Housewife Series
By Rachel Mantock
What Does Michael Peterson’s Family Think Of 'The Staircase'?
By Arya Roshanian
Michael Peterson & Sophie Brunet’s Relationship Timeline
By Morgan Leigh Davies
Get Even More From Bustle — Sign Up For The Newsletter