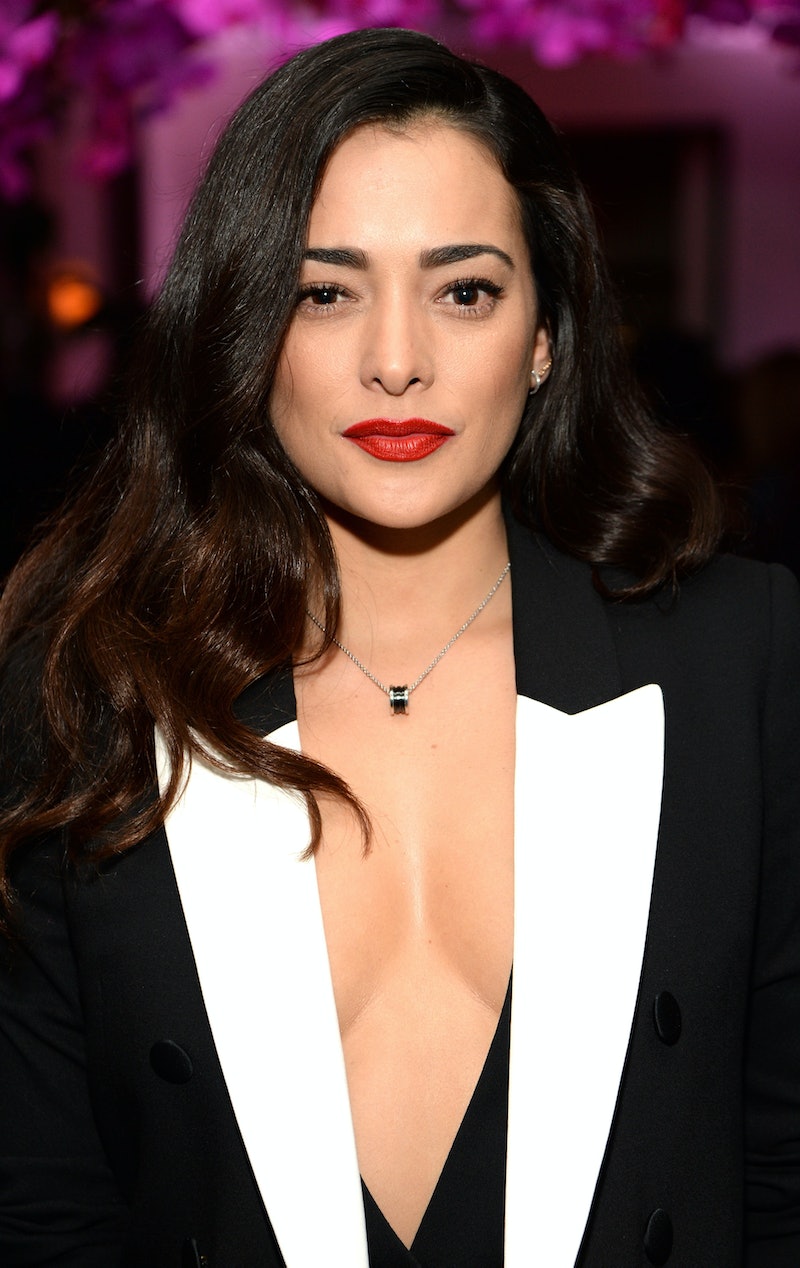 "I’m not a poodle that does tricks for you," says Natalie Martinez, who stars opposite Ryan Reynolds in Self/Less . "It’s not like, ‘You’re Spanish. Have an accent. Walk like this. Talk like this. Say something in Spanish,'" the actress says, praising the current state of the entertainment industry as being more inclusive of women of all colors. "Nowadays in Hollywood, it’s so mixed that it’s beautiful."

The 30-year-old actress of Cuban decent feels like the typecasting she's seen in films in years past has faded, noting her last three roles just "happened to be Spanish." She continues to say: "ABC has African American women who are leading shows that just happen to be black. It has nothing to do with who they are or what they are. They’re professors. They’re with the President of the United States. Same thing with Latins, we’re not housekeepers anymore. We’re not gardeners. Everything’s kind of changed, and I really do feel that. Nowadays it’s such a beautiful world that we’re living in. I don’t think race, gender, ethnicity matter anymore. I just think if you’re qualified for the job and you can pull it off, you got it."

Before Self/Less, the actress appeared in 2008's Death Race. She's currently shooting a TV Series, Kingdom, and has expressed interest in playing a "fiery Latin superhero." She'll also appear in 2016's Message From The King.

"We are all one. It’s not about the color anymore. If you’re still on that, you need to f*cking grow up. It’s such a mixed world. It’s about the quality of people. I think if you’re a good person, you’re a good person. It doesn’t matter what color or race you are. I think if you’re a bad person, you’re a bad person. Period," she says. "With acting, I think we’ve kind of broken that elite scene, we’ve acknowledged other cultures. Spanish people don’t just watch Spanish television, and we’ve seen that with the numbers for Fast & Furious."

Martinez stars in the critically acclaimed End of Watch, which, according to the actress, had over 45 percent of Latinos come to the theaters during the film's opening, making it the number one film that weekend. "We’re starting to realize that everyone goes to movies. It’s not a gender or a race or a certain person, we’re now considered everyone. What does everyone want? What does everybody watch? That’s what matters."