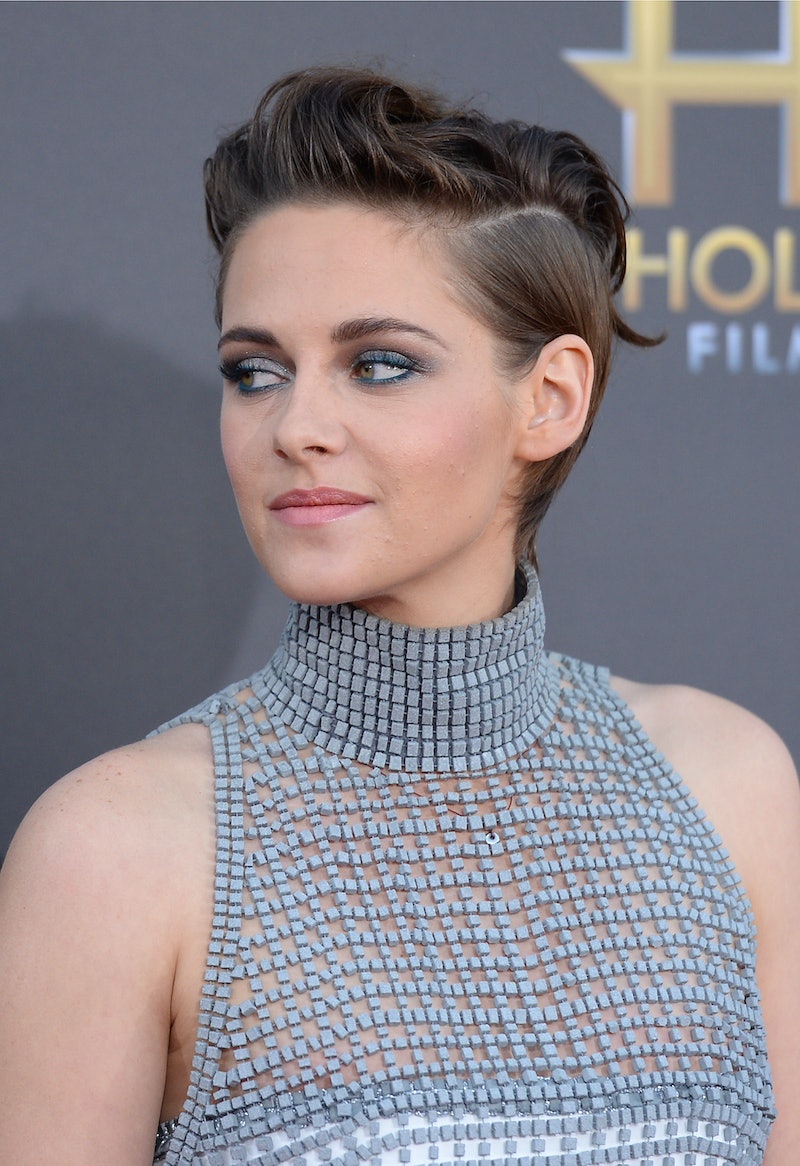 Alert: There is a new celebrity friendship forming that will probably make you freak out. It is none other than Kristen Stewart and Kanye West. That's right. During Paris Fashion Week, these two celebs who are both known for causing controversy, were spotted hanging out. Who would've ever thought that K. Stew and Yeezus would be straight chilling? Well, it's finally happened and many Twitter users are reacting passionately.

As you can see in the photo below, it's kind of hard to tell if they're really excited to be sitting next to one another, overwhelmed by the thought that they might soon be BFFs, or just confused why someone is taking their photo. Whatever the case, fans of both Stewart and West are reacting to this via Twitter, and they couldn't be happier that the actress and rapper are making all of their dreams are coming true.

Now that Stewart and West are connected at the hip (not really, but let's just wish and hope for that), does this mean they'll soon collaborate on a project? Will Stewart star in a West music video? Who knows, but until that is either confirmed or denied, let's take a glance at some of these passionate tweets reacting to Kanye and Kristen being friends.

It's a historic day, for sure.