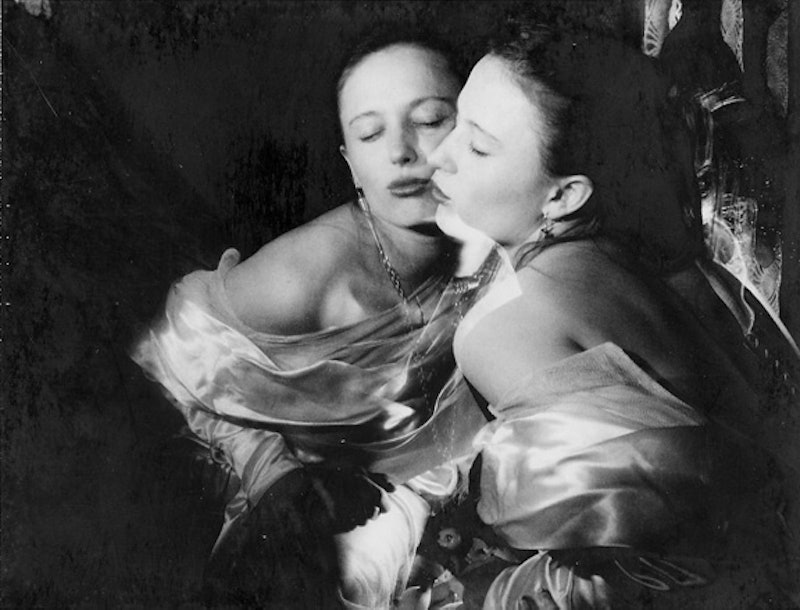 We all have our narcissistic moments, but have you ever wondered whether those moments might be sabotaging your relationships? New research has found that narcissism can ruin new marriages, meaning that all of your selfies and self-absorption actually could have negative consequences for your life. Although the researches noted in their report that there's a huge lack of research in how narcissism affects interpersonal relationships, that lack is actually what inspired them to conduct the study in the first place. Indeed, it seems that narcissism has been on a lot of scientists' minds recently; in the last few months alone, we've seen new studies on the health benefits of narcissism , how men who take selfies are more likely to be narcissists or psychopaths, and more.

The study, which was conducted by researchers from UCLA and the University of Georgia, examined 146 newly married couples who had been married for six months or less over a period of four years. First, the married couples filled out a questionare about their marriage and personalities. Upon completion, they were observed in a labroatory setting for a period of three hours. Then, they followed up with the couples every six months and completed a final assessment that included another interview. And for the curious, yes, the researchers used the Narcissistic Personality Inventory to measure the couples' level of narcissism.

The two main questions the researchers sought to answer were these: "What type of people would narcissists marry?" and "How would one or both spouses’ narcissistic tendencies affect the relationship?"

In looking at the first question, the study produced no clear answers on the type of people narcissists married. So, I guess we'll have to keep doing some digging to establish patterns on the types of people to whom narcissists tend to get hitched. We do know from previous research that women who really want to get married are often attracted to narcissistic men, so perhaps the answer is — for straight male narcissists, at least — that they tend towards marriage-oriented women.

In looking at the latter question, though, the researchers found a ton of interesting information on how narcissism affects marriage. But there's a catch: Marriage satisfaction only decreased when the wife was the narcissist in the relationship. According to the report:

When the husband was the narcissist in the relationship, however, it made no difference for the marriage. “As with total narcissism, husbands’ entitlement/exploitativeness did not have a significant effect on marital trajectories for themselves or for their wives,” the researchers wrote. In fact, husbands who had the narcissistic trait of grandiose exhibitionism actually had higher levels of marital satisfaction. Say what?

The studies lead author Justin Lanver spoke to Fusion about this finding and what might cause such a difference:

There are a couple of reasons this might be the case. First, in general, we know that wives’ characteristics tend to predict marital quality more than husbands’ characteristics do, reflecting the idea that women are the barometer of relationships.... A second possibility is that men generally have higher levels of narcissism than do women, so men’s narcissism might be seen as more normative than women's.

He also noted that wives' narcissism didn't impact the relationship initially; it only happened over time, meaning that our personalities might have long-term affects on our relationships, but no immediate ones.

As women are more attracted to narcissistic men, it seems that narcissism in men might be more socially acceptable than it is in women. Think about the last time you heard someone call your brother vain or self-absorbed for taking selfies or putting effort into his appearance — I'm guessing you're going to have a hard time coming up with an answer! The Fusion article made references to Kim Kardashian and Kanye West, which is a great example of how this principle plays out. Kardashian is constantly mocked for her narcissism, while Kanye is praised for his self-confidence. Double standard, anyone?