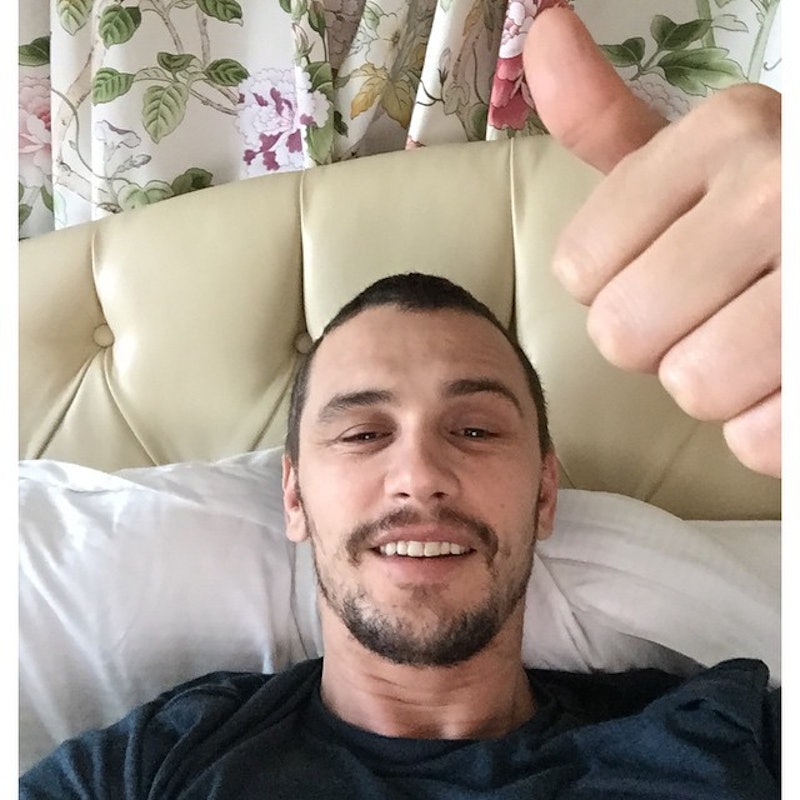 We have some news for everyone who hasn't already figured it out from following James Franco's Instagram account: a new study offers evidence which suggests that men who take selfies exhibiting more psychopathic and narcissistic tendencies than their non-selfie taking male counterparts. Deeper findings show that the range of psychopathy tends to go up with the number of selfies posted, and that men who edited their selfies before posting them scored higher in narcissism and self-objectification. (This is basically when you judge yourself on your appearance with the assumption that people around you will do the same. For further reference, please see all six seasons of Gossip Girl.)

Findings from the Ohio State University study were recently published in Personality and Individual Differences, where researchers emphasized that they were not so much interested in accounting for the phenomenon of selfie-taking as they were in finding connections between the act of selfie-posting and associated personality traits. This is most likely because we don't need science to tell us that our selfies, regardless of gender, has gotten a wee bit out of control. (We're just LOVING OUR LOOK, LET US LIVE.)

To be fair, the study did not include women, but previous research based on women and selfie-taking indicates similar associations in personality. So the psychopathy and narcissism associated with social media self-obsession isn't the huge surprise here. The real shock is that a bunch of researchers got college guys to cop to editing their own selfies in the first place. But hey, you do you. Selfie-taking, like all things in life, is a double-edged sword in that it may make you narcissistic and a little higher on the psychopathy scale, but also helps with empowerment and self-confidence. In conclusion: