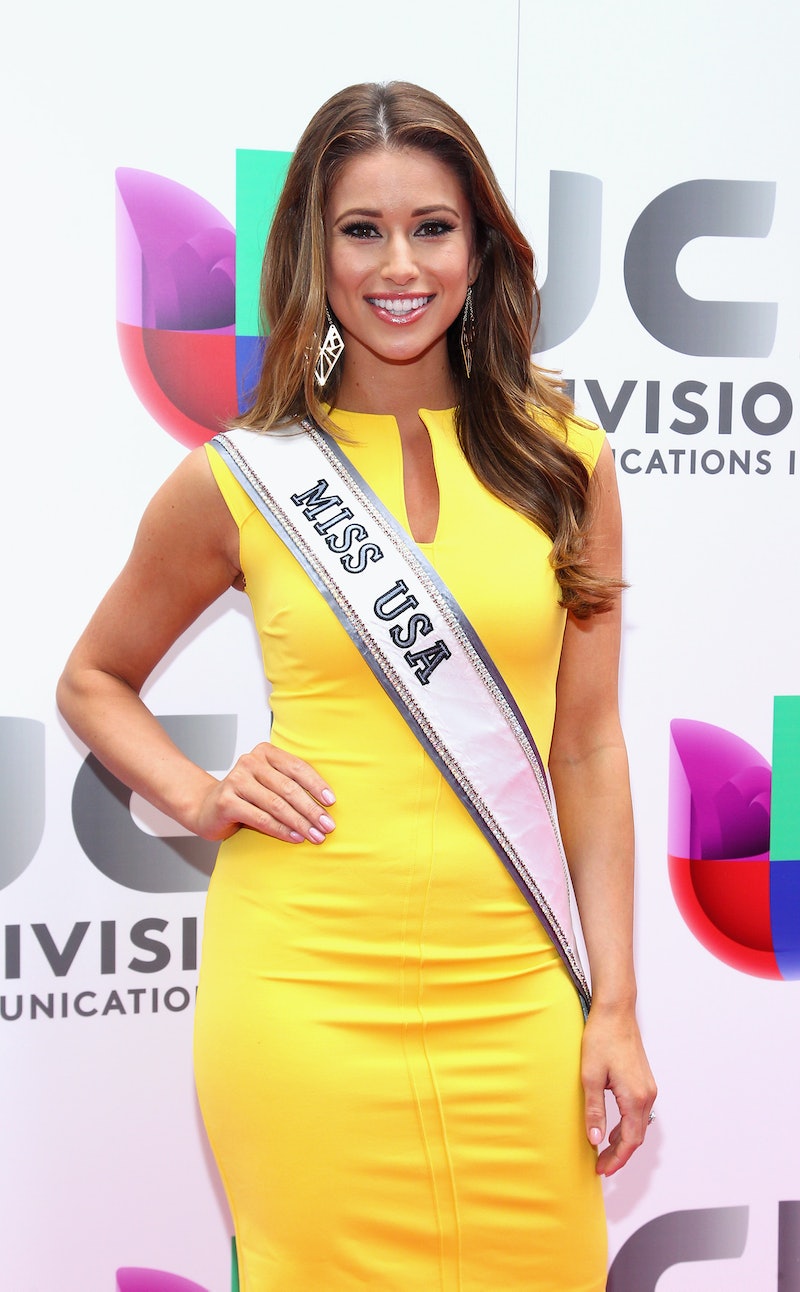 There's been a great deal of hype surrounding the 2015 Miss USA pageant this year, especially after Donald Trump's recent speech about immigration resulted in both Univision and NBC dropping the annual event from their broadcast. (And that's not even mentioning the numerous hosts the show has lost.) But I'm sure that's not going to stop some viewers from tuning in this Sunday night to see how this competition unfolds. (After all, this may be a Trump business venture, but these ladies still deserve their time to shine.) And the good news is that even if you don't own a TV (in which case, to quote Joey from Friends: what the heck is all your furniture pointed at?) or you just don't have access to a TV when the contest airs, never fear. There's a way you can go about steaming the Miss USA pageant online if you so choose.

As you know the pageant will air on July 12, starting at 8 p.m. on the Reelz network, however, those of you who only have a solid internet connection at their disposal can watch a live stream of the competition right on the Miss USA website: MissUniverse.com/MissUSA. So basically all you have to do is go to the site, click, and watch. It's really just that simple and a huge help for those of us who don't get the Reelz channel.

Obviously, in light of all the negative publicity associated with the pageant lately, this is the show's way of trying its best to ensure a solid ratings spike. But will it work? That's the only true question that remains. On the one hand, viewers might run from this live event like the plague as to show their intolerance of Trump's comments. But on the other hand, some may feel as though it isn't right for the contestants to suffer for Trump's behavior and could thereby tune in to show their support for the women, not him.

Either way, Miss USA is now much more accessible to those who want it. And for those who don't, well, there's always Netflix.

More like this
Kim Kardashian Remembers Her Last Words To Death Row Victim Brandon Bernard
By Jake Viswanath
Jake Daniels Just Became The UK’s First Active Football Player To Come Out As Gay Since 1990
By Sam Ramsden
'Bosch: Legacy 'Is Bringing Its Beloved Main Character Back
By Kadin Burnett
What Is Jeanie Buss' Net Worth? The Lakers President Is Uber Rich
By Hugh McIntyre
Get Even More From Bustle — Sign Up For The Newsletter