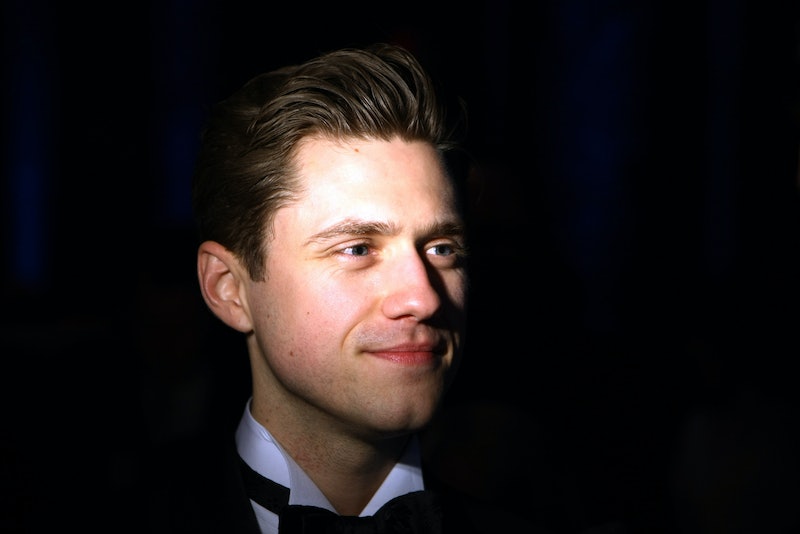 A lot of people don't know this (unless they've cornered me after I've had a few drinks) but I freaking love Grease. I know, it puts my alt girl cred in a questionable state, but when the world feels like it's falling apart at the seams I'll just go to Netflix and dream of sweet summer nights with my favorite T-Birds and Pink Ladies. So, after learning Aaron Tveit is going to play Danny Zuko in Fox's Grease Live, I have to admit that I'm a bit skeptical. Not that I doubt Tveit's ability as an actor — I've seen the Graceland star thrice on Broadway, though I know him best as Nate's creepy cousin Tripp on Gossip Girl — but does he really have what it takes to be Danny Zuko?

"Well, you seem to have a creepy knowledge of this, Mary Grace, what DOES it take?" I'm glad you asked. After many copious rewatches of the film, I can tell you that channeling the lead greaser is no easy feat. Despite what your 10th grade production of the musical would suggest, not ANYONE can be Danny Zuko. You need to have the following things...

1. Enough Hair Gel To Drown In

You really can't skimp if you want to nail the look.

2. A Sexy Smile That Could Melt Glaciers

He glances your way and it is DEVASTATING.

3. A Posse Of Rambunctious High School Friends (Who Happen To Be Middle-Aged)

John Travolta himself was 23 when he starred as Danny, and Tveit is 31 years old — which is a good omen, I think.

It's not Danny Zuko unless you're blowing off the beautiful girl you spent all summer with to look "cool" in front of your elderly friends.

I actually have no idea what that means — although the implication is that it's automatic, charismatic, and (...sigh) "artist-a-matic"

I KNOW Tveit is capable of this, but he has to make it seem like his fancy footwork seems grossly out of place. Considering how important it is for Danny to boast his machismo, I always side-eye hard when he busts a move halfway through the film.

7. And, Of Course, A Romantic Side That's Worth The Wait

Truthfully? Danny would be an insufferable character if it wasn't for his love of Sandy. It takes a while, but gradually, Danny tries to be the man he thinks she wants and does everything from awkwardly trying his hand at sports to trading in his leather jacket for a cardigan. None of it really takes, but it's the effort that makes the relationship between those kids something to root for.