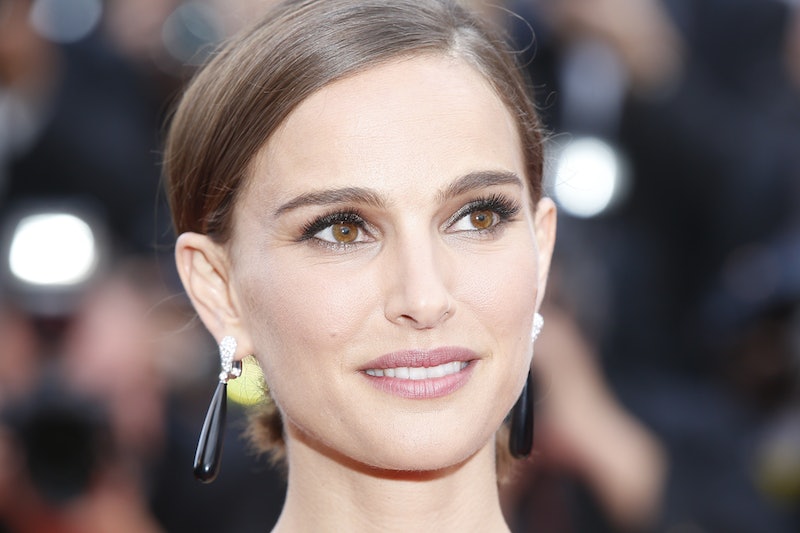 Here's a new one: Normally, actresses are sick and tired of being asked about what they're wearing. It looks like one actress isn't, though. Natalie Portman wants to talk more about her dress because she's sick of being asked about the Middle East and U.S. Foreign Policy by reporters when talking about her new film, "A Tale Of Love And Darkness."

Come again? Natalie's new film, which premiered at Cannes this year, was shot in Israel. And Portman, born in Jerusalem, claims that her connections to her Jewish heritage remain strong. Her interview with Harper's Bazaar reads,

“I get asked so many questions about the Middle East, and I’m like ‘Can you please just ask me about my dress? Let’s just talk about the dress!’” she says, half-laughing. So while many actresses are busy hashtagging #AskHerMore and trying to dodge questions about their manicures and motherhood, Portman is asking for less? Though gender inequality is obviously very real, she says she can understand the temptation to focus on fashion. “I like to look at what people are wearing, but I do see the sexism in it,” she says. “Yeah, you could reject it all, but I don’t know anyone who has done that and been able to maintain the level of work I’d like to maintain.”

It's a strange request, really, while other actresses, singers, and artists are dying for reporters to ask about their craft. I guess too much of something is exactly that: Too much. Maybe some people do like to get asked who they're wearing. Because, well, it's an impressive achievement done by a talented glam squad.

Everyone should get a fair share of questions, both fun and about their craft. The key is not pigeon-holing each type of person into a category.

More like this
Cameron Diaz Just Recreated *That* Iconic 'There’s Something About Mary' Scene
By Rachel Mantock
Gabourey Sidibe Wore A Traditional West African Wedding Dress On The Cover Of Brides
By Dominique Norman
Bella Hadid Wore A Black Leather Bustier To The Met Gala
By Allie Fasanella
Sandra Bullock, Girlboss Extraordinaire
By Matt Harkins & Viviana Olen
Get Even More From Bustle — Sign Up For The Newsletter