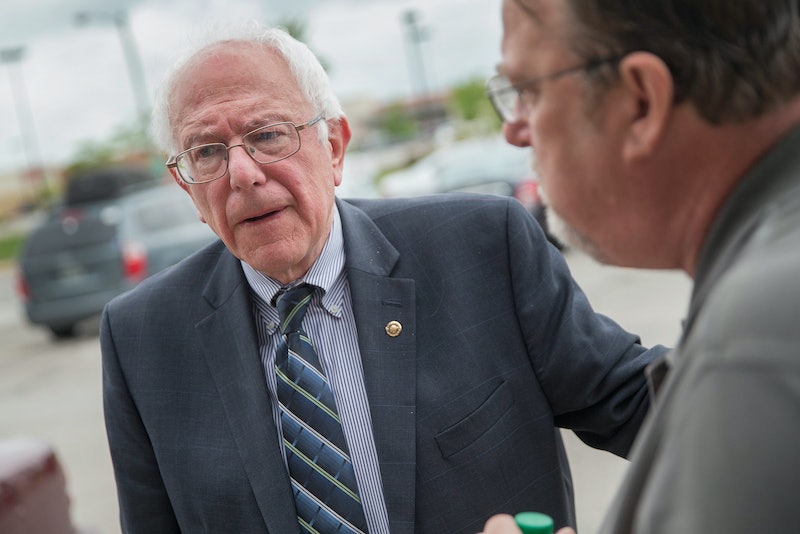 Though there are some fringe third parties existing in our political system, you can't deny that this country pretty much runs on two parties, and with so many Republicans vying for the party nomination, the question now is whether going Independent could be best for some candidates. On Thursday, Fox News' Sean Hannity posed that very question to GOP candidate and disgruntled bigwig Donald Trump, who waved off suggestions of running on an Independent ticket should he fail to nab the GOP nomination. "Our best chance of defeating the Democrats and getting this country going again is if I win the Republican nomination," he told Hannity. But can an Independent actually win and become president?

Funny thing is, back in 2011, Trump told Talking Points Memo he could win the White House as an Independent. This was a month or so after Trump already declared he wouldn't run for president, but even then, he clearly wasn't afraid to entertain the idea of disrupting things in the general election. And as much as he might say he believed in the GOP, Trump also suggested to the Washington Post Thursday that going Independent wouldn't be so far-fetched, especially considering "so many people" want him to.

Forget Trump though because in this early election race, there's already an Independent making waves. Let's not forget that even though he's running alongside Clinton and other Dems in the party's primary, Vermont Sen. Bernie Sanders is an Independent through and through. The self-touted democratic socialist has emerged as a solid dark horse candidate. Should Sanders falls short of the Clinton machine, Democrats and Republicans could still feel the Bern should the madman politician see himself return as an Independent in the general election.

But history can be a bitch, and the chances of an Independent setting up in the White House are pretty nil. That's because there are so many institutionalized obstacles that block out outsiders of the two-party system. The last notable Independent campaign was Ross Perot in 1992, who won 20 percent of the popular vote but no electoral votes.

Still, with 42 percent of Americans now identifying as Independents, according to a 2014 Gallup poll, if there ever was a time for an Independent to push through, it'd be now. And forget history. If you really think about it, we've already had an Independent president, and he ended up becoming one of the most revered leaders we've ever seen. H/t to you George Washington, and here's hoping we'll see this country diversify its political system.