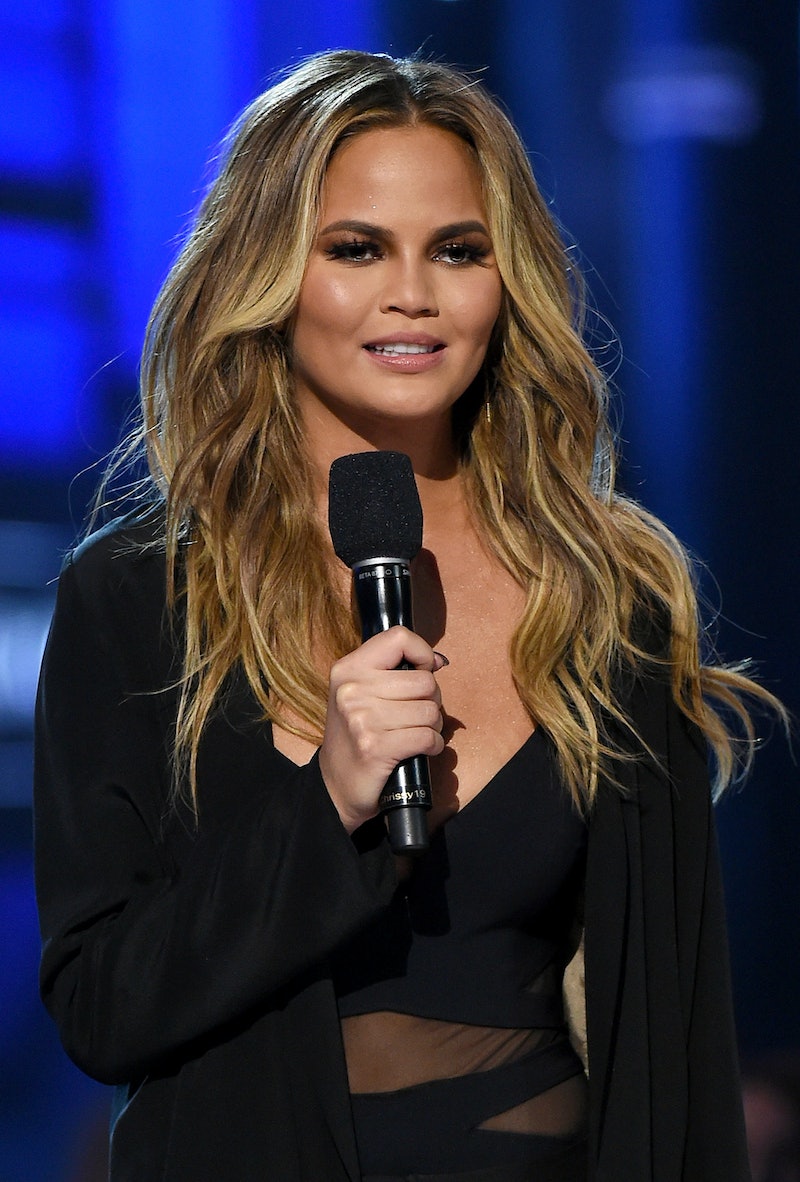 Many of her haters (and some of her fans) consumed their entire being in incandescent outrage, but for me, staring at Chrissy Teigen’s exposed nipple opened a lot of introspective doors. One of my first ponderances was whether or not Chrissy Teigen is a body positive and feminist role model, a subject that has been debated and dissected ever since she posted a photo of her stretch marks.

Sure, she’s being more transparent than most of her contemporaries, who would probably prefer that the general public only see their airbrushed, manufactured likenesses — some of them even upload those photos and pass them off as candids on their Instagram pages. Then again, Teigen still presents a conventional, slim, socially acceptable version of what’s considered beautiful. In fact, her success (and paycheck) is almost entirely based around her appearance. Can a woman like that really teach us anything about what it means to unabashedly show off and love our bodies, most of which don’t come as close as Teigen’s to fitting the ideal?

Many say no. For people who take a more radical stance on body positivity, the mere fact that Teigen is employed by an industry that is powered by women's insecurities and creates aspirational ideals means that she’s unable to earn the title of “body positive role model.”

(A carefully placed bottle of hairspray kept this photo from being deleted, but it's still hard for some to accept that this gorgeous Thai-Norweigan model can teach us something about loving ourselves.)

That conversation is an important one, and can even be discussed in the realm of plus size modeling: Tess Holliday is fat, but otherwise, her conventionally beautiful, feminine appearance and heavily doctored images are still designed to be aspirational.

(She may be plus sized, but there's not much else about an image like this that is representative of anything except for conventional beauty norms.)

However, the less complicated response I hear about Teigen, Holliday, and other models and celebrities is, “Must be so easy for her to say [we should love ourselves], she’s a gorgeous model!”

And as I stared at the glorious pink promised land of Teigen’s areola and wondered how she got her boob to stay still during the shoot, I thought to myself, “Yes, it is easy for her to say. It’s easier for her to love herself, because she lives in a world where she has permission to do so.”

But just because it’s easy for her to say doesn’t mean she shouldn’t be saying it.

Teigen, and every other model, influencer, or celebrity who wants to preach or participate in the idea of self-love should be encouraged to do so. And we should be able to hear it, and appreciate it, but also understand that their words and actions come from a place of privilege. We should be able to compartmentalize the words of people like Teigen and keep them separate from the words we tell ourselves, or the words of those who believe they’re allowed to love themselves without the added benefit of having society agree.

(They may be stretch marks, but they're stretch marks on the legs of a thin, conventionally beautiful, able-bodied woman. You're still allowed to appreciate the candor of this photo anyways.)

So, do I think that Chrissy Teigen, her exposed breast, her stretch marks, or her commitment to defying the arbitrary, sexist rules of Instagram are ultimately an act of feminism and body positivity? Yes, I do. In fact, I think that the fact that Teigen is using her platform to express these things can only be interpreted positively. I especially enjoy the fact that she also posts things that hint at her own self-awareness, a surprisingly rare quality for people in the spotlight:

At the same time, I don't kid myself about how much of an impact Teigen's words really have on the masses. It's on us as the consumer of these types of statements to be able to see the differences between what it means when someone like Teigen eats Cheez-Whiz from a can and says "eff it, I love myself," versus someone like Holliday who effs beauty standards while simultaneously succumbing to them, versus a marginalized person who is trying to find value in their appearance while everyone tells them there's none to be had.

It's not that Teigen's words matter more than those who operate on the fringe, but they matter in a different way. Her status means that her acts aren’t an inspiration, or an aspiration. They’re simply part of the conversation, and it’s one I am more than happy to have.