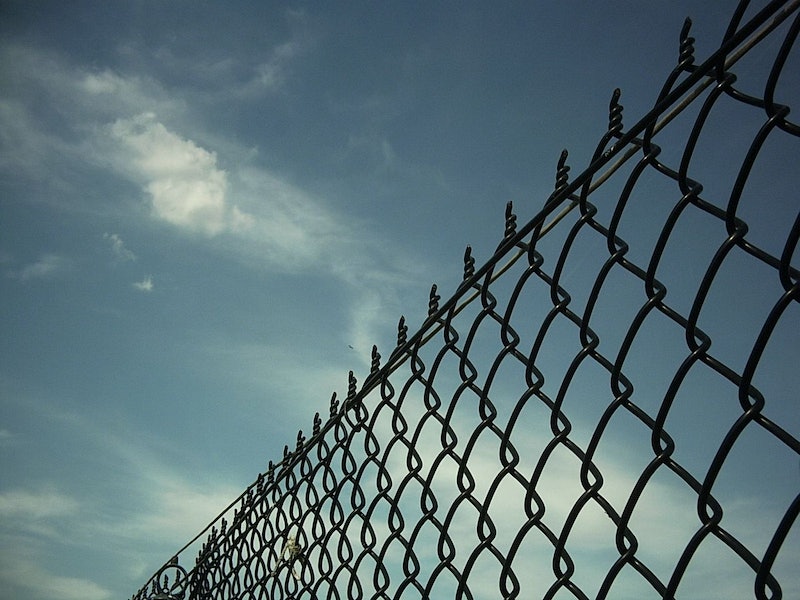 While conventional wisdom has it that people who go to prison have done something wrong, some end up behind bars for wrongs committed against them. A new report by the Human Rights Project for Girls, Georgetown Law Center on Poverty and Inequality, and the Ms. Foundation for Women called "The Sexual Abuse to Prison Pipeline: The Girls' Story" reveals that, in a country where perpetrators of sexual assault are rarely arrested, it is often the victims of sexual abuse who face punishment.

Girls in particular get caught in the "sexual abuse to prison pipeline." Over the years, law enforcement has been arresting and detaining more and more girls, particularly girls of color and LGBT girls. 31 percent of these girls in juvenile justice have experienced sexual abuse — and this statistic does not represent a mere correlation. Sexual abuse and its aftermath pave a number of paths into prison, including the arrest of runaway children and the criminalization of sex trafficking victims. And once they're in prison, these girls face more abuse or triggers that exacerbate their trauma at worst and complete neglect of their troubling histories at best.

While the whole report is definitely worth reading, here are five takeaways from it you should know about the sexual abuse to prison pipeline — and what we can do to combat it.

1. Sexual abuse is one of the best predictors of girls' entrance into the criminal justice system.

This is largely because many state laws allow girls who were trafficked into the sex trade at a young age to be criminalized as if they engaged in sex work at will. What would normally be considered statutory rape bafflingly becomes the victim's fault when there is a monetary transaction. The correlation between sexual abuse and imprisonment also results from the criminalization of common reactions to abuse, including running away, substance abuse, and truancy. Among runaway and homeless youth, says the report, 46 percent have been physically abused, 38 percent have been emotionally abused, and 17 percent have been sexually abused by a family or household member. These people aren't criminals; they're just escaping from dangerous situations. They should be helped, not punished.

2. Native American girls are at the highest risk of imprisonment.

3. Rates of sexual, physical, and domestic abuse all disproportionately high among girls in prison.

One alarming study in Oregon found that 93 percent of girls in the juvenile justice system had been sexually or physically abused; another study in California pegged that number at 81 percent.

One study by the National Center for Mental Health and Juvenile Justice found that 80 percent of girls in the juvenile justice system met the criteria for at least one mental health condition. Yet mental health services in prisons are scant. A recent nationwide census found that only half of juveniles in the criminal justice system are in a facility that gives all residents evaluations, and 88 percent are in a facilities whose mental health counselors are not licensed professionals. In addition, 46 percent of girls in a Texas county facility said their trauma was left unaddressed and 4 percent said their time in prison made matters worse; those numbers were 30 percent and 8 percent in a state prison. One girl is quoted in the report:

I felt like nobody believed that I could actually do something positive with my life — especially the staff inside the facilities, who treated me like a case number, not like a person.

5. There are legal measures we can take to fix this problem.

Activists are calling for a reauthorization of the Juvenile Justice and Delinquency Prevention Act, which could provide funding to implement everything we've learned about serving children in the criminal justice system since 2002, when the act was last authorized. The report also suggests stronger enforcement of the Prison Rape Elimination Act, which ensures that victims receive immediate care for sexual abuse that occurs before and during their time in prison. In addition, more states can adopt Safe Harbor Laws, which protect child trafficking victims from imprisonment. The report contains many more suggestions for legal reforms and measures prisons can take to better attend to sexual abuse victims — because nobody should be punished for being a victim.

More like this
Sarah Everard’s Killer Wayne Couzens Is Appealing His Whole-Life Sentence
By Sophie McEvoy
How To Fight For Reproductive Rights, Based On How Much Time You Have
By Courtney Young
Yomi Adegoke On The Offline Diaries & The Power Of Representation
By Jessica Morgan
The Music Industry Continues To Fail Black Women
By Precious Adesina
Get Even More From Bustle — Sign Up For The Newsletter