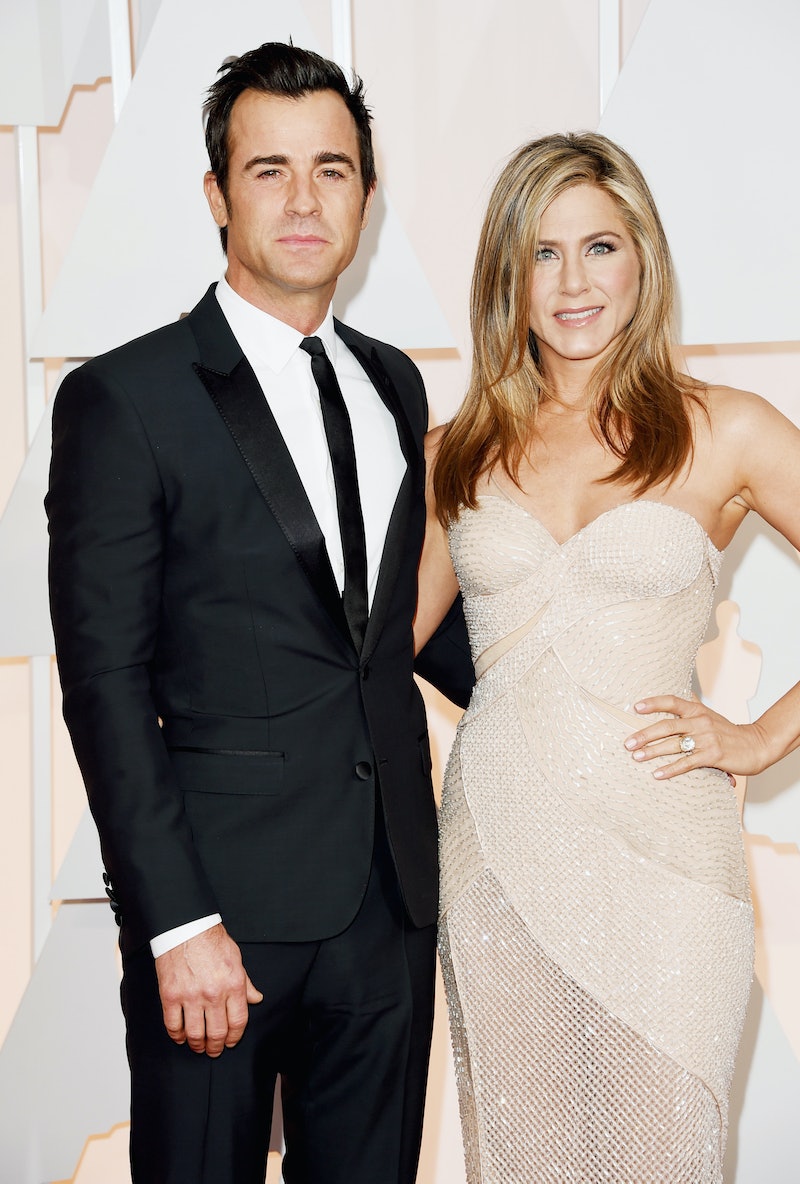 Oh. My. Gawd. After a very long engagement, Life & Style magazine reports that Jennifer Aniston and Justin Theroux are married. What?! If anyone could pull of a secret wedding it would be Aniston and Theroux, so even though the report doesn't contain any confirmation from the couple, I wouldn't put it past the two. Aniston and Theroux's reps did not immediately respond to Bustle's request for comment.

Apparently, the actors tied the knot "earlier this summer" in a secret ceremony with a ton of A-list celebrities in attendance, because, duh. Their supposed wedding was held in the "backyard of their $21 million Bel Air mansion." If that isn't luxurious enough, a group of famous faces made the event even more glamorous. From Aniston's BFFs Courteney Cox and Selena Gomez to Melissa McCarthy and Chelsea Handler, you can see just how A-list their alleged wedding was. Also, because Aniston and Theroux are just that fabulous, Ed Sheeran reportedly was there and even gave an "impromptu performance," like the amazing man he is. Ugh. So. Jealous.

According to the "insider" who gave away all these details, even though he/she was "sworn to secrecy" along with all of the other guests (if true, I bet this "insider" will no longer be invited to their home), the wedding was very low-key and "heartfelt, just like Jen and Justin."

Reportedly, neither Aniston or Theroux had bridesmaids or groomsmen and were married by a "mutual" friend, which goes along with their "low-key" theme. Also, the food served was "gourmet Mexican" and there were lots of margaritas. Oh, and if you're wondering, they reportedly have a $170 million prenup. Whoa.

There you have it. Supposedly, at long last and after getting engaged in 2012, Aniston and Theroux are officially husband and wife. Anyone else hoping Cox channeled Monica Geller and sang a song or two?