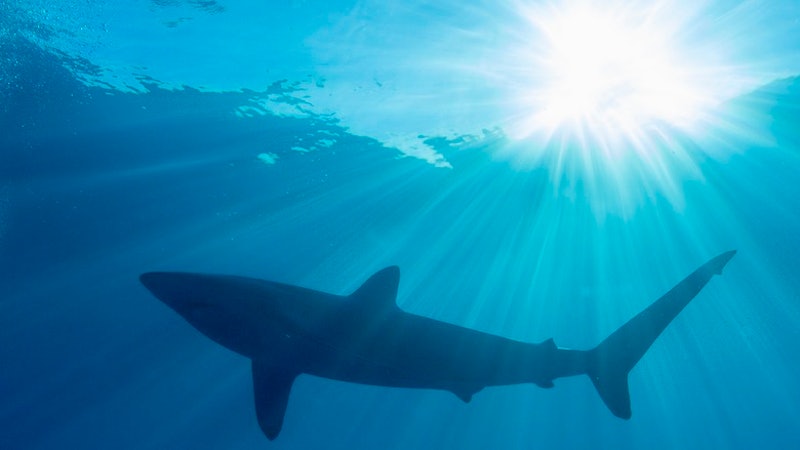 We are in the midst of the ever-tantalizing Shark Week on The Discovery Channel and shark enthusiasts are gearing up for the culminating event of the week: the "Shark Island" special airs on July 12 at 8:00 pm. For the uninformed, "Shark Island" is a special focusing on Reunion Island off the coast of France, an island in which shark attacks are alarmingly frequent. As with most Shark Week programming, when I saw the advertisements for the special, I asked myself, "are the shark attacks behind "Shark Island" real?"

Sadly, the shark situation at Reunion Island is all too real and continues to be a mounting problem for locals and tourists alike. Reunion Island is famed for its epic waves and has been a surfing hotspot for decades — that is, until recently. Reunion Island has seen 17 shark attacks in the last four years alone.

The most recent fatal attack occurred in April when 13-year-old surfer Elio Canestri was pulled off his board by an eight-foot-long Bull Shark and dragged out to sea. The frequent occurrence of shark attacks has become a point of contention on the island, with angry locals urging the government to take action to alleviate the issue.

In 1999, the government implemented an official ban on fishing in a number of areas in the ocean around the island, a ban which many blame for the alarming increase in the number of shark attacks. Canestri's death acted as yet another catalyst in the increasingly tense political climate on the island. After Canestri's tragic death, over 1,000 supports joined Canestri's family to pay their respects to the young boy's memory. Following the memorial, 200 mourners went to the government office and splattered heaps of red paint on the road in front of it to protest the government's failure to take official action to rectify shark situation.

The answer to Reunion's problem is far from simple but one thing is for certain — locals are begging for something to be done. Reunion relies heavily on surfing and tourism and the surfing ban that has been underway for nearly two years on the island has obviously hurt local businesses. A few years ago, Reunion Island was the home to 14 surf schools, a number that has dropped to just one in wake of all the attacks. Some of the more serious surfers on the island have even relocated. As The Daily Telegraph noted in a piece about Reunion Island's shark problem, many locals are following in the hurried footsteps of Janique Hoarau, a silver medalist in the European bodyboard championships, who fled Reunion in 2013 and never looked back. Hoarau left because she was scared for her children who had surfed in the same club as Elio Canestri.

Locals are fleeing, people are dying, and as for the lucky few who survive the brutal shark attacks, they are swearing off Reunion Island altogether. As you get excited to watch what promises to be a riveting (and terrifying) special, just keep in mind that the attacks behind "Shark Island" are all too real.

"Shark Island" promises to be an action-packed special that will leave you with shark attack nightmares for days so tune in to "Shark Island" Sunday night at 8pm and get your shark fix on.