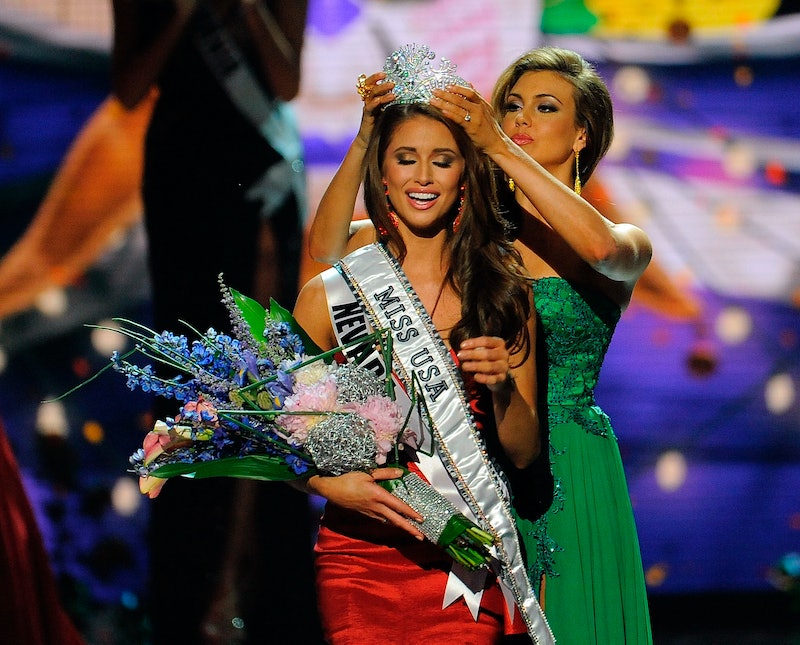 If you're like me and you've learned to tune out everything and anything about Donald Trump after your parents forced you to watch The Apprentice all throughout high school, then you might be a little in the dark about what is happening with the Miss USA Pageant. After Trump said, "When Mexico sends its people they aren’t sending their best. They are bringing drugs, they’re bringing crime, they are rapists and some are good people but I speak to border guards and they tell us what we’re getting," according to ABC News, NBC — Miss USA's home network, NBC, dropped all ties with Trump including the Miss USA Pageant. So what channel can you watch Miss USA? Allow me to introduce you to the Reelz network.

I'll put aside all my "keeping it reelz" jokes here that I feel are asking to be said and just stick with the facts you need to know to watch the show. The Reelz network acquired the Miss USA Pageant shortly after NBC cut ties. It will air on Reelz on Sunday, July 12 8 p.m. ET, so set your calendar. The CEO of Reelz, Stan E. Hubbard, said of the pageant joining the network:

"The decision on the part of REELZ to acquire the rights to the MISS USA Pageant was based on our belief that this special event, and the women who compete in it, are an integral part of American tradition."

So now you're probably asking: What is Reelz and can I watch it? The short answer to that is "maybe." Some TV providers don't have Reelz, which is a real bummer for those that wish to take part in the "American tradition" Hubbard speaks of. Here's a list of the cable providers that do host the Reelz network.

For the appropriate channel number, check your local listings. For the rest of America that's like, "... Um, what are those providers even?" there's hope for you still. If you're itching to watch the pageant but don't have one of the above providers, you can watch the live stream of the show online. If this is the fate you've been given, then just head on over to Miss Universe's Miss USA website to watch the entire show there. But spoiler! I think I know who may win...