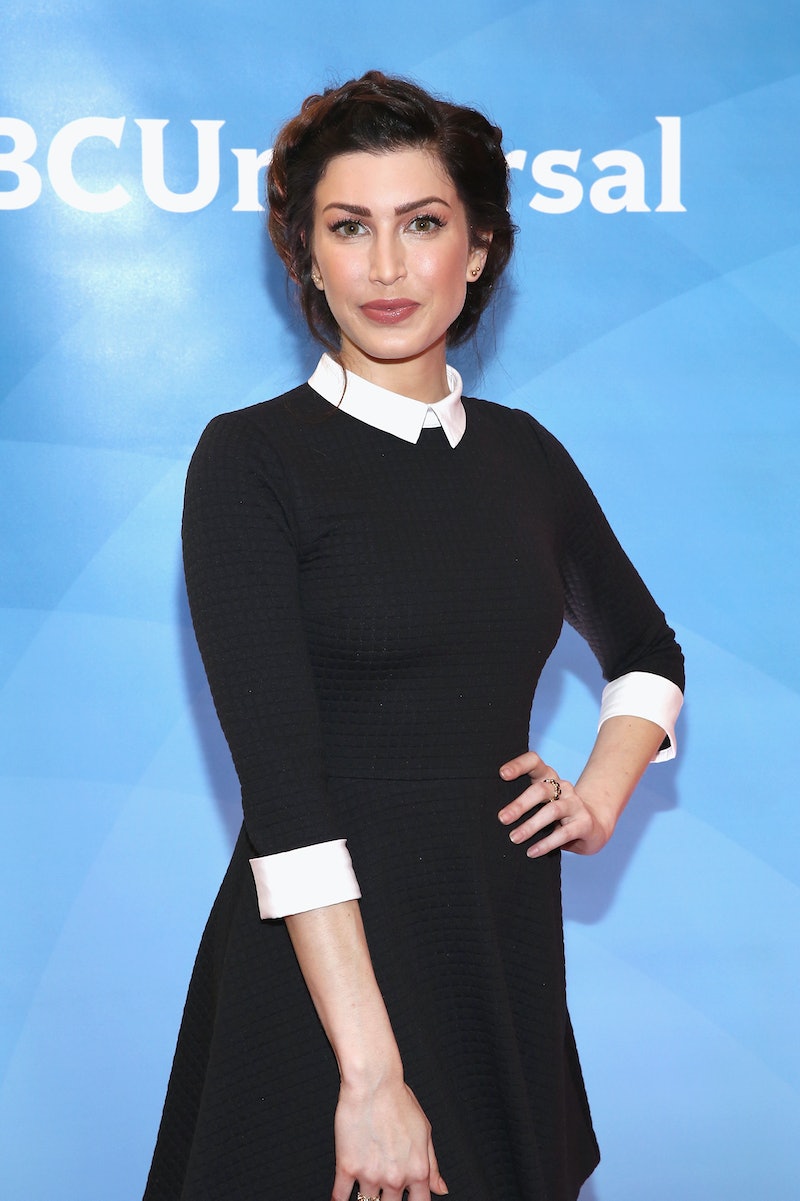 If you had any doubts about Brody Jenner's new series, Sex with Brody , premiering on July 10 on E!, forget them. Because the reality star's latest series is so far removed from his previous appearances on The Hills and Keeping Up with the Kardashians and undeniably feminist. Yes, Brody Jenner — the "player" you loved to hate and who made Lauren Conrad cry in the mid-2000s — is starring in a series that's not only feminist, but features the strong, intelligent female voice of actress and comedian Stevie Ryan. Ryan, who previously starred in her own series Stevie TV on Vh1, and her costar Dr. Mike Dow dish to Bustle on how Sex with Brody is changing the game for women talking about sex, "Just because you talk about sex and you’re open about it, that doesn’t mean you’re a ho," and, in her opinion, women should be talking about sex a lot more.

"Look at Stevie," Dow says, "Stevie is the example of being incredibly sexy, but also incredibly smart. She's that new-American woman." And her presence, the former Couples Therapy star explains, that sets Sex with Brody apart from sex-talk series that came before it. "There was never a female voice," Dow says, referencing series like Loveline, "And I feel like Stevie is that first female, smart, educated, openly-bisexual-in-a-relationship-with-a-man-now voice."

Both costars agree that presenting a female voice and perspective on sex not only makes Sex with Brody unique, but it also makes it more relatable. And, for Ryan, it only seems natural that she be able to speak her mind on the subject especially because, as she points out, sex is everywhere. "Women have never really been allowed to talk about sex, but we’ve always been sexualized," the star says. Ryan also poses a very interesting and obvious question, "It’s 2015 and everyone’s naked on Instagram, so why can’t we talk about sex as women?"

It's a perspective that falls right in line with feminist comedians like Amy Schumer that are taking the taboo out of women discussing sex publicly and openly. And Ryan believes that the collective outlook on Sex with Brody and the support her voice gets is what's helping the series connect with its viewers. "That lack of taboo is what people need when they’re talking about sex and relationships," she explains, "People will relate to the things we talk about on this show." So, no, Sex with Brody isn't just for former bros that are ready to "settle down" — you'll come for the stories about Jenner's "sexcapades" (which Ryan assures me WILL come out), but you'll stay for the sheer intelligence and, frankly, important rounds of "He Said, She Said" that are a clear example of how the industry is changing for women talking about sex.

More like this
Long Live Bennifer!
By Allie Jones
Why The '365 Days' Sex Scenes Are Good, Even If The Movies Aren’t
By Arya Roshanian
Sandra Bullock, Girlboss Extraordinaire
By Matt Harkins & Viviana Olen
Kaley Cuoco & Tom Pelphrey Just Made Their First Public Appearance As A Couple
By Hugh McIntyre
Get Even More From Bustle — Sign Up For The Newsletter