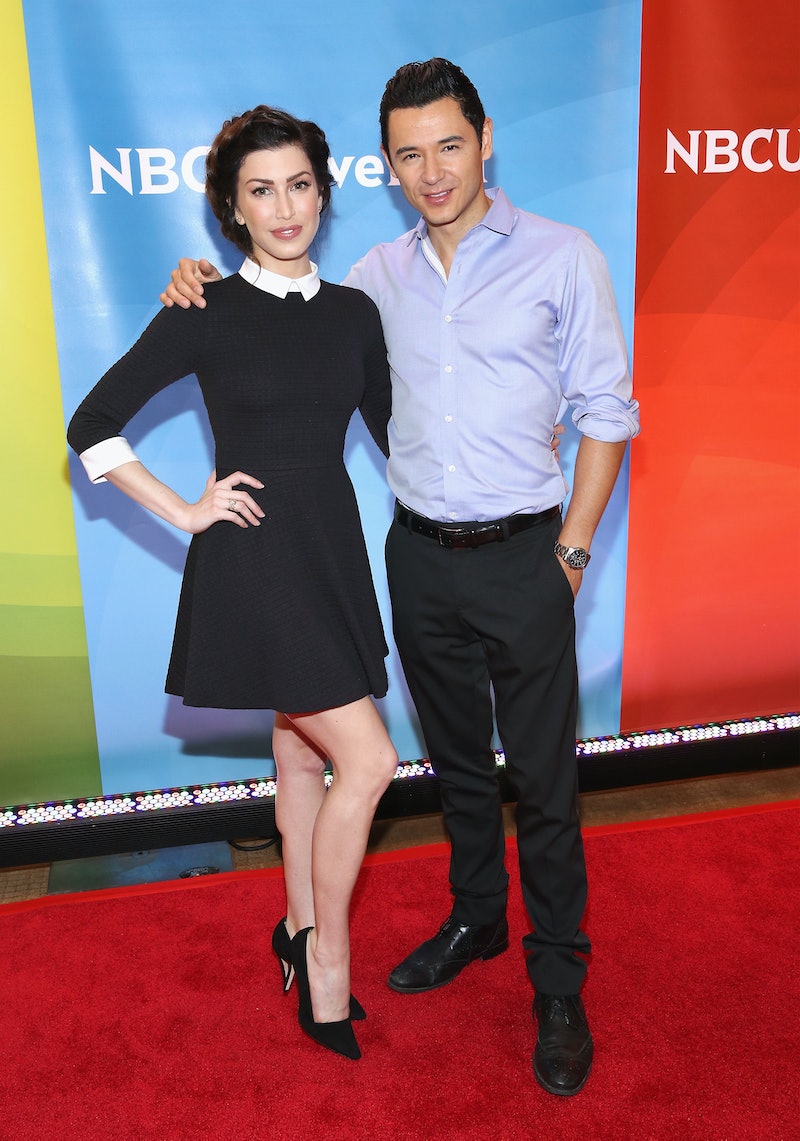 If you weren't living under a rock in the mid-2000s, you were probably watching MTV's Laguna Beach and The Hills. (Yes, even you, person trying to deny it.) And, if you did, you probably remember Brody Jenner's tearstained cameos on the latter series — he was a "player," as his Sex with Brody costars Stevie Ryan and Dr. Mike Dow say, but he's definitely not anymore. See, people can change, Lauren Conrad. So, what's it like to work with Brody Jenner on E's Sex with Brody, which premieres on June 10? Ryan and Dow sit down with Bustle to talk working with Jenner and why you'll love this series. "If you just met him and didn’t know he was Brody Jenner, you’d be like, 'Oh, this is just some surfer dude,'" Ryan says. My "Team Kristin" mind is blown.

Dow worked with Jenner on their podcast The Brody Jenner Podcast with Dr. Mike Dow, but Ryan didn't have a relationship with the reality star before auditioning for Sex with Brody. Ryan is, however, familiar with men that have Jenner's reputation. "For me as a woman, I think a lot of dudes that have that reputation that Brody has, they’re very disrespectful — towards certain women, not all — and they’ll say inappropriate things to you and make jokes," she says, "Brody is so not inappropriate like that." Dow and Ryan agree that Jenner's history and his openness about it are some of the best parts of the series. But, as a person, Jenner IRL is different than the guy we saw on TV, "I think he comes from such an authentic and genuine place — he’s not what you expect him to be," Ryan says.

"You expect this womanizer who’s going to be like kind of a jerk, but you actually get this really warm-hearted, kind, mushy guy," says Dow — be still my MTV reality tv-loving heart. And, unlike the Jenner of those days of reality tv glory, he's settling down with a girlfriend that, according to both of his costars, he loves in the sweetest way. "Men that have been players, it’s kind of hard for them to settle down, but he’s just so in love and it’s really just a beautiful thing," Stevie says.

Jenner's evolving personal life — aside from bringing on major nostalgia — brings its own unique take to the issues the group discuss on the show. "We have a gay sex-therapist, we have the ultimate straight guy who is the son of the most famous transgender woman in the world, we have a bisexual woman," says Dow, "You can get all perspectives, everyone is represented here." And that's exactly what Dow and Ryan think sets Sex with Brody apart from other sex talk-shows that came before it. Well, that, and, as Dow says, "We have amazing chemistry and we really like each other." So, no, this is not another episode of reality tv.