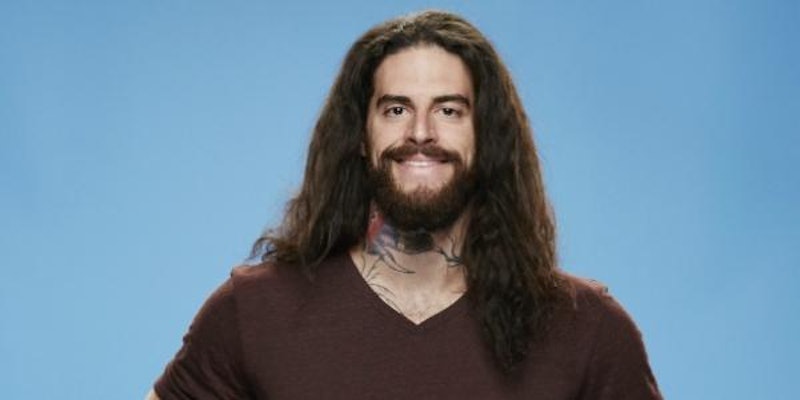 Well, the folks who have been keeping up with the live feeds of the show recently got the answer to that question. Here's the scoop: Austin has been... let's say, getting along really well with both Jackie and Liz/Julia. But when his girlfriend back home, who he once described as his "princess in a castle out there," wrote him a letter when he was Head of Household, and he responded, "Oh, I guess she's still my girlfriend.”

Oh. Well that answers that question. Although, his reaction make it sound like he was surprised. It's hard to say whether Austin considers himself to still be in the relationship, not only because of the way he responded, but because of his relationships with Jackie and Liz — and, really, Julia, too.

While it cannot be certain whether or not Austin's girlfriend has been watching the live feeds and picking up on the situation that her boyfriend may be considering straying from their relationship, it is clear that the viewers watching have quite a bit to say about the wrestler's controversial behavior over the past few days. But, before we get into Austin's relationship status, for more on everything BB, you should check out Bustle’s very own Big Brother podcast, The Diary Room. Listen to the latest episode below, and be sure to check out future episodes on Bustle’s SoundCloud page.

Some fans still were bursting with questions.

When caps lock is on, you know that you're getting a super angry reaction.

This person, on the other hand, needs to see more evidence. OK.

Since this has only aired on the live feeds so far and not on the show yet, we will have to stay tuned to see if it makes the cut. For more on Austin, check out Bustle's Big Brother podcast below.

More like this
'Stranger Things' Star Joe Keery Is Dating An "Indie Scream Queen"
By S. Atkinson and Grace Wehniainen
Kendall Jenner Isn’t Ready To Have A Baby Amid Her Mom’s Wishes
By Jake Viswanath
Two 'Temptation Island' Singles Dropped A Bombshell About Lascelles At The Reunion
By Brad Witter
Ashe & Taylor From 'Temptation Island' Crashed And Burned
By Kadin Burnett
Get Even More From Bustle — Sign Up For The Newsletter