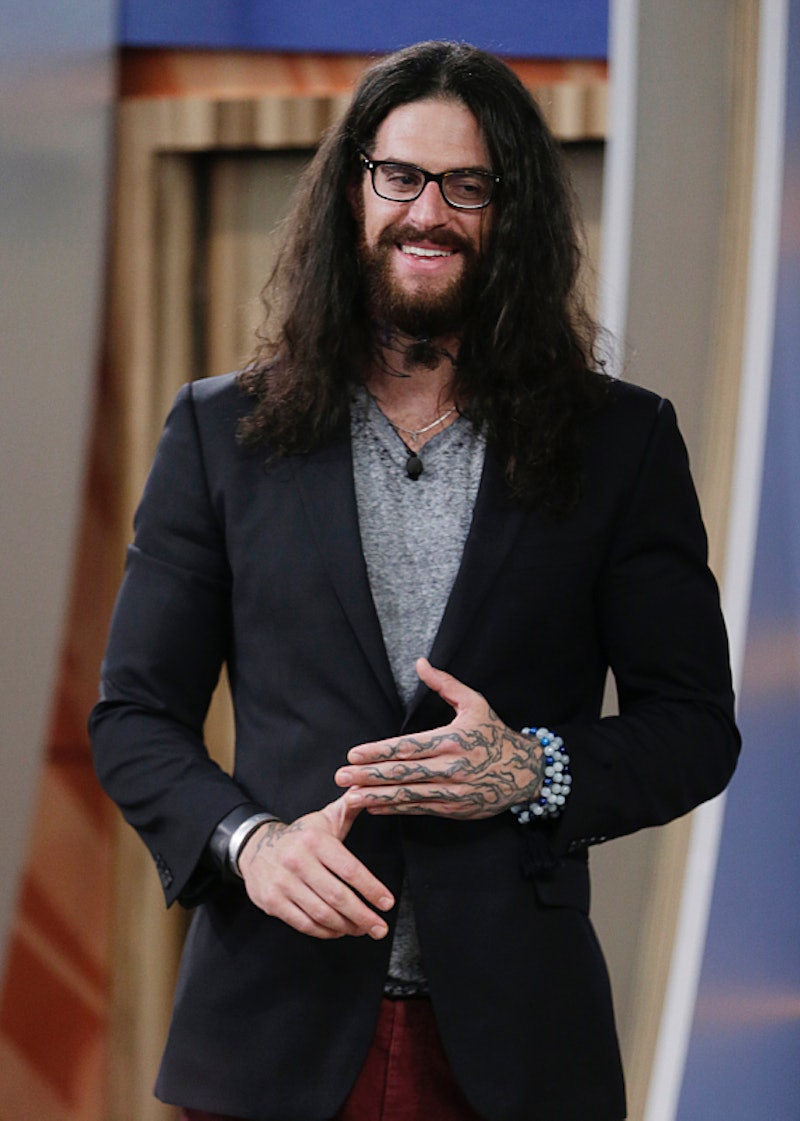 After the first week of Big Brother 17 there are already some standout housemates and some housemate hotties. Obviously Clay Honeycutt is both. But viewers are conflicted about another competitor. Is Big Brother's Austin Matelson hot? The former wrestler and super-genius (seriously, he has a master’s degree in medieval literature), is a pretty big player in the game so far, and I'm not just talking about his height. I mean, yeah, he certainly has an animal magnetism about him, and he's pretty popular in the house, but let's get right down to the important things: His level of attractiveness.

I feel like everyone was so blown away by Clay's beauty that it took awhile for people to turn their attention away from his golden abs. But, once they did, it's not hard to see that this Big Brother season is full of a lot of cute people. I mean, even Jace has a certain quality about him, even if he's a big time bully. (Proof that beauty is only skin deep, people. Also proof that my thing for long-haired surfers is never gonna go away.)

So, while we wait for Jace to get evicted, let's take some time to ponder something more serious. Austin Matelson, hot or not? After some investigation I have the definitive answer below.

Austin is foooiiiinneee. I know everyone's into Clay and all that, but let's not overlook Austin.

Not Hot: Choosing Jace To Be His Partner

Although, to be fair, Austin seemed pretty embarrassed by this choice once Jace started losing his mind. We all make some bad decisions when it comes to first impressions. It's still early, Austin can overcome Shell Town, I'm sure.

Hot: His Look In Formal Wear

Almost as good as when he's shirtless. Bonus: Glasses.

I'm all for a good man-bun... beard-buns, on the other hand? Let's rethink that decision, Austin.

Dude's not getting ahead of himself with a million alliances or bullying people into being on his side. And when it comes to this show, that's pretty damn attractive.

Not Hot: His Alter Ego "Judas"

Apparently it's this alter ego that Austin hopes will win him the game.

Hot: The Fact That Judas Comes With A Hat

I can get over the Judas thing because it comes with a top hat. I'm sold. Austin may not have Clay Honeycutt's immediate appeal, when you get to know him I think he's plenty hot. The ladies of Big Brother are so lucky.